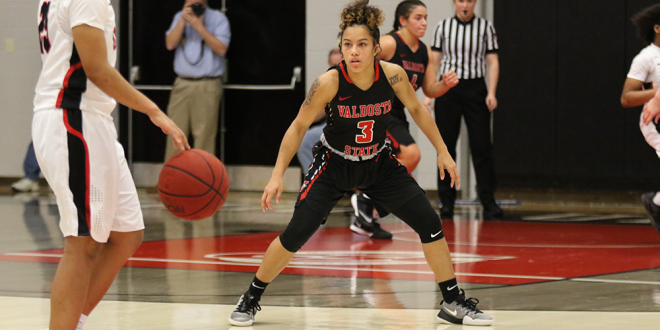 The Valdosta State women’s basketball team has started practicing once again as they gear up for what will be a unique season.

The upcoming season will be profoundly different from any other season in recent memory, thanks in large part to the ongoing coronavirus pandemic.

On Nov. 17, the Gulf South Conference announced that both the men and women’s basketball seasons will consist of a 20-game conference schedule, with the conference utilizing divisional play in both sports. The schools that will be in VSU’s division are the University of West Georgia, Auburn Montgomery, Montevallo, Lee, Shorter and West Florida.

According to the GSC Board of Directors, all schedules will feature “a combination of single-game matchups and two-game series against the same opponents on consecutive days at the same location.”

The GSC Basketball Championships are still set to go as scheduled, with the quarterfinals beginning on March 2, 2021.

In addition, the conference is implementing a mirrored schedule, with men’s and women’s basketball teams playing at opposite sites. This will eliminate all doubleheaders for the season.

Despite the differences in this year’s schedule, both the coaches and players are excited that there even is a season since safety is the top priority and the future is unclear concerning the pandemic.

“The conference has done a good job to put together a schedule while also making safety a priority,” Head Coach Deandra Schirmer said.

The players are especially excited about this season.

“I am just excited for there to be any games to look forward to,” Kwajelin Farrar, a graduate transfer from South Carolina-Aiken and communications major, said.

As for their practices, Coach Schirmer is happy to be able to get back in the gym with her team.

“It is good to get the players back in the gym and prepared for the upcoming season,” she said. “Our players have responded well to the adversity that has been thrown their way over the past couple of months.”

Similarly, the players are also glad to be back around their teammates at practice.

“It is fun to be back in the gym around my teammates,” Farrar said. “It does not feel really different than any other season, even with all the covid protocols put in place as it is still basketball.”

The women’s basketball team is set to play in their first game on Dec. 12 at home against West Georgia.

Previous Valdosta State announces high enrollment growth
Next Column series: What it’s like being a student journalist during a pandemic