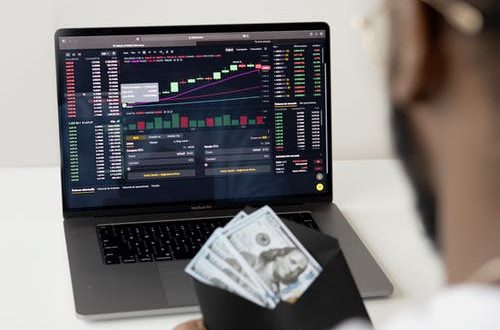 Raising the minimum wage to $15 per hour has long been  a controversial topic in politics. However, with the recent inauguration of Joe Biden, coupled with a Democratic majority in Congress, it’s possible that the proposed wage hike could become a reality.

At CNN’s town hall on Tuesday, the president reiterated his support for the wage increase.

“No one should work 40 hours a week and live in poverty,” he said.

The measure, which calls for a gradual hike until the minimum wage hits $15 in 2025, was included in the $1.9 trillion stimulus proposal last month. Biden’s stimulus proposal is a package of economic measures, including unemployment benefits and direct payments. It could be voted on as early as next week.

The idea of a minimum wage hike is of considerable interest in Valdosta.

Alaysha Hawkins, a psychology major who works at the front desk of the Student Union, says she supports the wage increase.

While the wage hike would certainly help out some Americans, that’s not to say that it would come with some tradeoffs. Dr. Luis Gonzalez, an economics professor at VSU, helped break down the pros and cons of the proposal.

Gonzalez first noted the benefits of an incremental wage increase.

“Making it a gradual increase is probably the best approach, as this allows us to observe the effects of what increasing the minimum wage would look like over time,” he said.

Gonzalez then remarked on the impact that the hike would have on employers.

“This will obviously hit employers in some form or fashion,” he said. “A wage increase eventually to $15 could force some employers to cut back on the number of employees and/or the number of hours that those employees work, as bottom lines will be impacted.”

Gonzalez also added that while some employers may not choose to reduce hours or pay, the increase could affect workers in other areas, such as benefits that are offered.

However, Gonzalez stated some positive effects the increase could have outside of the proposal reducing the number of people in poverty.

“One thing that we could see as a result of this is an increase in jobs in concentrated labor markets,” he said.

Randy Steedley, owner of Spirit Screen Printing & Embroidery in Valdosta, isn’t necessarily opposed to the wage hike, but has some concerns.

“If it’s a gradual increase, I don’t have as much of an issue with it,” he said. “But for my high school and college workers who just work the cash register, I don’t feel like I can raise their wages without raising the prices of my products. If they said there was an age threshold, there wouldn’t be as much of a problem, but still, raising the minimum wage would change the way we do business.”