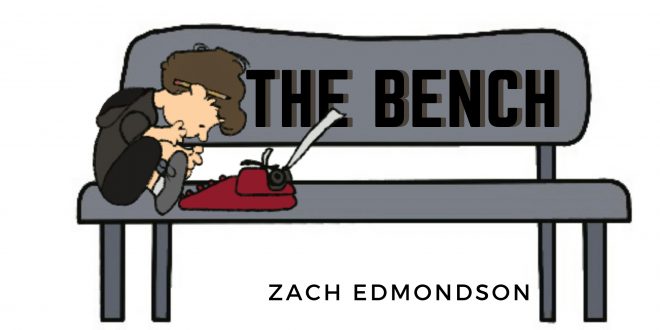 The problem of dealing with unwanted sexual contact exists on college campuses all throughout the U.S.

Victims deal with the physical and mental toll that non-consensual sexual contact forces on them while campus officials deal with determining the appropriate punishment for perpetrators who are proven guilty.

VSU is not exempt from this issue.

To protect the identity of those involved, I will give you the outline of this story—one that played out on our very own campus—and not the specifics.

A couple of years ago, VSU launched an investigation into an incident of non-consensual sexual contact that took place at VSU between a male and female student.

The female student claimed that she was taken advantage of.

The case was really a “he said, she said” kind of situation, but that is what the investigation was for. That is why due process is so important and simply choosing sides without looking into the facts can be dangerous.

The investigation, which was carried out over a period of five months, found the male student responsible for engaging in non-consensual sexual contact with the female student.

He was found responsible. Case closed. Suspend him. Do something about it. Right?

This is where it gets confusing.

She lost her job.

The male student-athlete, on the other hand, was put on disciplinary probation—in other words, he was informed that he isn’t allowed to force himself on any more girls or else he’d be in trouble next time—and had to complete an online program.

I attempted to contact some of the VSU officials involved in the case with some clarifying questions, but was told that the case was protected by federal privacy laws and could not be discussed with me.

It’s a bit ridiculous, isn’t it? A young woman is violated and subsequently loses a job she is passionate about because of it. The young man involved—the one found guilty of forcing himself on her based on available evidence—has to take an online class, and that’s pretty much it.

The students were instructed to follow a No Contact Order, which is exactly what it says it is in the name—the two are restricted from any communication whatsoever. This is most likely the reasoning behind the female student losing her opportunity to work with VSU athletics, but still, that is completely backward because of how the investigation played out. It seems like the guilty party would lose their spot on their team, or, at least, suffer a suspension.

The student-athlete was found responsible for committing the crime he was accused of. Why did the regular student, the victim, pay such a greater price?

If that is not the case, then the investigation into what happened a couple of years ago and the results of that investigation have not convinced me otherwise.

I don’t want to believe that this university is guilty of valuing some students over others, but I won’t ignore cases like this one where VSU is given the opportunity to prove that it isn’t and fails to.