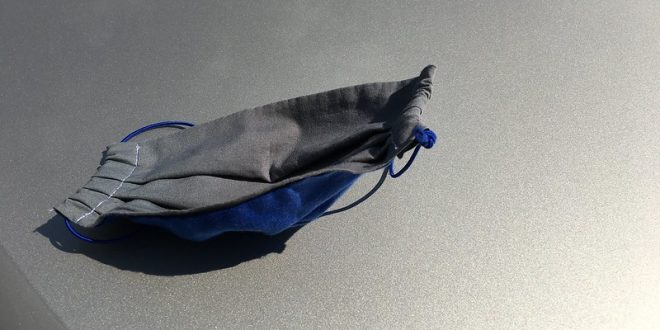 The ticking of the clock helps the hour along as Mekala Williamson rests, her eyes and ears focused on Janice Lowe, her psychology teacher.

Williamson’s mind, however, is elsewhere.

She is so far removed from the other classmates. Their desks were pushed apart, putting distance between them for their own good.

She has her own little island to herself, almost completely isolated from others physically. This was the case for most students at VSU during the COVID-19 pandemic.

“It’s fine,” Williamson said, when ask one asks her about any issues she has had during the pandemic.

Williamson comes home to an empty dorm, devoid of her roommate. Magaly, her roommate, was rarely there and was usually asleep when she was.

Her room is entirely as she left it. Four walls, one door, moderately clean, and with all of her things in an assorted cluster under her bed.

A traditional Langdale Hall dorm room, her residence in VSU’s halls should provide a foundation for the formative years of a student’s academic career from freshman and beyond.

And yet, the woman in the bathroom mirror stares back with brown hair, a smaller frame, adorned by her customary jacket to keep her warm and an eye-catching mask.

The toothy maw design marking her mask is taken off to reveal the normal, average smile of Williamson, one of those said students.

She knows she has time before her next class, her next venture out into the world beset by plague and academics. Just enough time for a snack and a nap.

College life is different than how Williamson had originally assumed it would be. She wasn’t prone to parties or big get-togethers, but she had assumed they would be happening around her.

When she returned to Baxley, Georgia, her hometown after spring 2020, she never truly felt the same impact of the pandemic in her academic life that her peers did.

Online classes, to Williamson, were not much different than normal classes at VSU. She tries to study, she pays attention in class, she takes tests, and she passes the class.

Being connected to the world through the internet and her devices is a very familiar place for Williamson.

Every morning, she barely gets out of bed before she has her phone by her side, a social sidearm in the isolated wild west of COVID-19 social distancing guidelines.

A good morning from her parents responded to, Williamson meticulously goes through each and every one of her online communities of friends to see what business has gone on.

During COVID-19, internet usage has increased substantially, a survey done by Statista, a provider of marketing data, revealing that all internet-capable devices have increased 38% in gigabyte usage.

Williamson’s own part in that increased usage also includes some of her other favorite pastimes.

She enjoys animated shows on Netflix, such as the long-running One Piece, and playing online multiplayer games on her PC and PS4 such as Phasmophobia and Genshin Impact.

Williamson spends a majority of her time outside of class in her room talking to online friends and enjoying the internet.

“Pretty much half the day. On Wednesdays and Fridays, I go to the CSC [Christian Student Conference],” Williamson said.

After Williamson takes a nap, biology class comes for her.

A sophomore biology major, Williamson is never squeamish when it comes to the labs and experiments that they do during the physical, in-person class.

She is not quite sure what the future holds for her and her decided major, but she takes it one step at a time, never balking at the work she has to do to get through her classes.

When the professor dismisses the class, Williamson isn’t keen to head back to her dorm just yet. While the siren call of the familiar island calls to her castaway heart, she has a more important call to answer.

Finding a bench to sit on, Williamson rests and takes out, The Hypnotist by Gordon Korman.

Williamson does not have a club she is particularly fond of or any organization that she holds membership in. She doesn’t have much interest in those things.

Instead, her heart beats for the Wednesdays and Fridays that bring her to the doorstep of the CSC, just 600 feet away from her dorm.

Practicing social distancing is a new aspect to the sermons and eating that the CSC provides, the students taking care to keep themselves separate and masked after the eating is over.

The sermon lasts until 8 p.m., but Williamson goes there for more than just eating and faith. The CSC provides her the few opportunities she has to reconnect with friends beyond the screen of her phone.

They talk through the night, each one of them a familiar face and smile, before Williamson returns to her dorm around 9 p.m.

A chance to breathe before she has to hold her breath again. Worth the risk of daily dangers of the current world.

When she returns, the four walls of her dorm haven’t moved an inch, her island preserved in time and her fellow castaway once again returned to slumber in the bed across the room.

Williamson is quiet as she enjoys the rest of the night, her online world as open to her in the dead of night as it was in the morning.

Chatter with friends over text and various messaging apps, such as Discord and GroupMe, Williamson devotes time to playing her favorite games, before she settles down to study.

“It’s not really that much different,” Williamson said, comparing her study habits from before COVID-19 to her current state.

The difficulty of studying, for Williamson, didn’t change because of the pandemic. In fact, studying had always come as a very difficult aspect of college to her.

“I typically pay attention in class and then, like, the night before, like, there’s a test or whatever. I usually skim over everything,” Williamson said.

Bumps of music from the rooms on either side of her catch her attention at times, some not as willing to keep their noise as private as hers.

Williamson’s attachments to the world were soft and invisible, a tangle of wires that hasn’t been snipped by the pandemic.

When the pandemic hit, social distancing guidelines hit VSU hard, the fall 2020 semester boasting a Hi-Flex model of learning, a method of half-physical and half-online classes on varying days to keep in-class student participation intermittently changing but overall limiting the number of students in the classroom at one time.

For the residential halls, such as Williamson’s Langdale Hall, this has been implemented as decals on the floor advising proper social distancing, more available sanitization options, and more efficient, safer move-in operations.

However, one of the most notable effects on residential life, symptom-free or not, is the change in policy that limits visitors and overnight guests.

As per the changes that came with the COVID-19 Housing Addendum, overnight guests are now strictly disallowed, with daytime visitation to rooms being severely limited to one individual, masks required throughout the stay.

Consent from both roommates for daytime visitation is required.

This addendum alters a previously a laxer visitation policy.

Zduy Chu, the director of housing and residence life, pointed to other schools within the University System of Georgia as influence for the methods of limiting the risk and exposure levels in campus housing areas.

“The purpose is to limit the amount of people staying over and impacting the living conditions of our students,” Chu said.

Chu has pointed out these changes as positive considering the circumstances, even if there are bumps in the roads throughout the year.

“I know that our students love interaction and really want the full college experience, but the changes we have made are, we believe, in the best interest of our residents and their safety,” Chu said.

While these ripples in the water are nothing to the shores of Williamson’s island, COVID-19 has altered the lives of others.

In a new Student Voice survey, conducted by Inside Higher Ed and College Pulse amongst a population of 2000 college students from 120 colleges, and presented by Kaplan, it was found that 71% of America’s college students pointed to friends and social life as one of their most missed aspects of college living.

38% of surveyed students were at least somewhat dissatisfied with the amount of time they were able to meet and interact with friends and peers.

Physical clubs, going out with friends, and having friends over are just some of the activities sorely missed during the COVID-19 pandemic, with 20% of students having joined an online club or group to fill the void of community left in their absence.

Only 6% of college students shared that they missed nothing at all, similar to Williamson’s own feelings on the matter.

There are many eyes looking forward to the horizon, waiting for rescue from their islands, but Williamson simply goes forward with her life, enjoying her life now as much as she did before.

Previous College football should expand the playoffs to 12 teams
Next It’s a bit overdue, but college athletes can be paid now