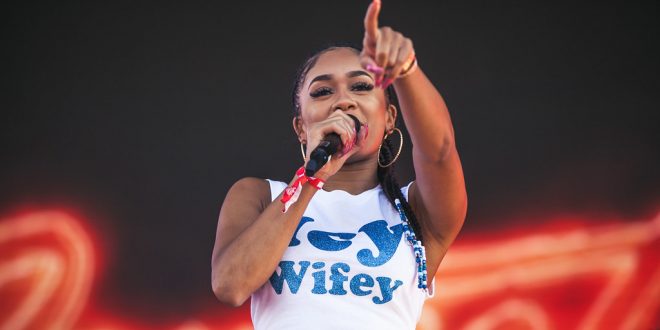 After the success of sales and media from the international “BTS Meal,” McDonald’s has come back with another celebrity endorsement meal: the Saweetie meal.

Saweetie, an American rapper, rose to prominence in 2017 with her RIAA-certified platinum debut single “Icy Girl”.

However, it’s theorized that it’s not Saweetie’s music that caught McDonald’s attention, but her bizarre eating habits which have become a popular meme amongst internet users.

The rapper is seen in Instagram videos, live streams and tweets eating uncommon food combinations, such as: Flamin’ Hot Cheetos on pizza or putting said Cheetos inside a box of ramen noodles, eating ranch on spaghetti, ice cream on cheeseburgers, ranch and pickles on pizza and macaroni and cheese mixed with Lucky Charms.

Some internet users have defended her eating habits, claiming them to be “hood snacks” while others claim the rapper begun intentionally displaying the unorthodox food mixtures for attention once it became a meme.

Whatever the case, it’s working out. In fact, her eating habits is the main focal point of the McDonald’s promotion.

The Saweetie Meal is advertised as “anything you can make”. You’re given a base: four chicken nuggets, an order of fries and a Big Mac. With this base, you can create any concoction you want, whether it be fries in the burger, or eating a fries-nugget-fries burger combo.

Mario Price, a freshman theatre and arts major, says he hasn’t tried the Saweetie meal yet, but wants to.

After conducting these interviews, I tried the meal myself.

The meal itself tastes very similar to other McDonald’s meals. Even with the different mixtures you can make, you can make an argument that the workers not making a special concoction for you takes away from the magic that the meal is trying to achieve.

The meal works in numbers, and it’s proving to be somewhat of a success for the fast-food chain, but it can leave the consumer disappointed from the hype yet satisfied from the familiarity it uses as a safety net.