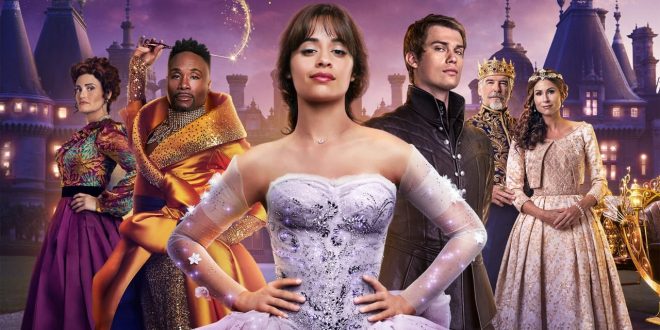 From the countless adaptations of “Cinderella,” the movie has come a long way for her to get her “girlboss” title. But at what cost?

“Cinderella” has been a tale told many times, starting with origins in China as “Yeh-Shen” and Greek mythology as Rhodopis.

However, many know the story for its Disney iterations of the classic tale: poor girl who gets abused by her stepmother and stepsisters finds her Prince Charming via slipper glass reinforcing that you can find true love no matter what if you’re a good person.

The tale has evolved in modern times such as the Rodger & Hammerstein’s version which aired on ABC in 1997 starring singers Brandy Norwood and Whitney Houston as the titular character and the Fairy Godmother respectively.

Basically, if you’re a singer, you can be Cinderella, which explains where we are in the current year.

The latest iteration stars Camila Cabello, singer known for previously being in the internationally famous girl group Fifth Harmony and her hits in her own career such as “Havana” and “Senorita.”

Cabello is also known for her scandalous, racist past, being called out to this day on social media for past posts where she makes racially insensitive jokes on Tumblr and allegedly called her former African American bandmate Normani Kordei the “n-word”.

Somehow, her career has survived this scandal, but that shouldn’t add or take to the experience of the actual movie.

In fact, Cinderella is a star-studded cast with A-listers such as British comedian and late-night host James Corden playing one of the three mice, singer Idina Menzel as Vivian, the evil stepmother and actor and activist Billy Porter as the “Fabulous Godmother”, a new non-binary take on the Fairy Godmother it seems.

Honestly, going into this movie I was already dreadful from the cast alone. From Cabello’s awful, “random” humor she always terrorizes social media with from Corden’s obnoxious personality and humor in general, to Porter’s overzealous and forced desire to always wear a dress so that he can “make a statement” that he’s made over a million times, I wasn’t excited.

However, getting to watch the movie I see that it’s nothing special, but it’s cute and inoffensive enough to successfully reach the target audience while maintaining an actual engagement with the other viewers.

It’s essentially a kid’s movie, or a family movie, perhaps, so “corniness” shall always be expected in a movie like this.

My only main problem was the forced feminism plot. Now, by no means am I against feminism, but once again, this ties into my prior knowledge of Camila Cabello: she loves to force a “girl power” message.

It would be too pessimistic and unfair of me to let that knowledge ruin my view on the film because honestly, the plot would make sense for a family movie.

Cinderella gets her Prince Charming, but in this movie, she has a business called “Dresses By Ella” where she designs her own gowns.

She has the guy, but not so fast. She has her own dreams too.

It does send out a good message to the younger audience, especially the younger female audience to always follows your dreams no matter what and that if someone truly loves you, they’ll support you in those dreams.