Home / Entertainment / Are people enjoying the uprise in films about existential crises? 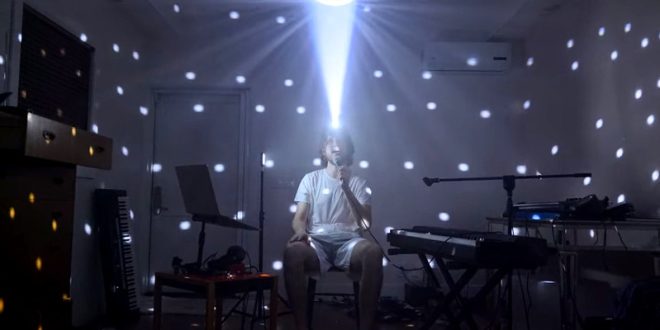 Are people enjoying the uprise in films about existential crises?

In the last year, there has been an increase in films involving real life instead of fantasy-based stories. From Covid-19 to global warming, to mental health. These films were met with positive reviews from viewers.

One movie that focuses on this is “Bo Burnham: Inside.” A film nodding to Burnham’s depression due to the pandemic and quarantining. As in his usual works, he held nothing back when creating this.

The stats point to viewers treating this positively with a 94% on Rotten Tomatoes and an 8.7 on IMBD. It was even nominated for several awards, such as Emmy Award For Outstanding Writing in a Variety Special and Critics Choice Television Award for Best Comedy Special. Not to mention its trending songs on TikTok during July 2021.

“Honestly enjoyed Inside for what it was. The songs were on the top of my Spotify playlist! All in all, it was a great special,” Avani Allen, a Nursing major, said.

The film received over 1.7 Million views on Netflix. When asking students on campus if they had seen the film, almost everyone said yes.

While the film was marketed as a comedy and had a lot of comedic relief, it connected to a heavier topic many of us avoid: global warming and politics. This tackled a different vibe than “Bo Burnham: Inside.”

“It was a satirical comedy, I enjoyed it. Yes, it covered important topics, but it did it with humor,” Miriam Flores, an Early Elementary major, said.

Compared to “Bo Burnham: Inside,” the stats were not as positive. The film is only rated 55% on Rotton Tomatoes; and 7.3 on IMBD. So far, it has not received any major nominations for any awards. It did not gain as much traction on TikTok but was advertised a lot on other social media platforms.

Both of these films share two common themes: crises in the real world. However, this has been going on for years in films since the film, “The Day After Tomorrow,” was released.

This film was about climate change as well, specifically the ‘second ice age.’ Other films about the end of the world such as “Contagion,” “28 Days Later,” “2012,” “San Andreas” and “Cloverfield” have existed for ages.

The theme of heavy and real movies is not new. Movies follow trends. As these trends get bigger, more of these movies get made. Such as the effects of climate change are actually happening, so more films are being made about this.

“I would rather the real-world movies because Hallmark movies can be cringe,” Summer Eckstein, a Criminal Justice major, said.

So, the theme of existential crises has been around forever. People enjoy these movies even though they contain heavy subjects.