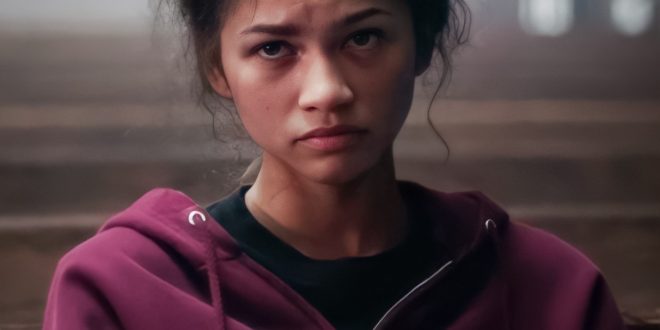 The hit HBO show Euphoria has returned for a much-awaited second season. The first episode aired on January 9th and earned 13.1 Million viewers on that same night.

While the show is breaking barriers, it is important to ask: How much is too much? Specifically, in terms of nudity.

HBO has been long known as a television channel that allows almost everything, from nudity to death scenes to drug usage. When viewers choose to watch something on HBO, they know what they are signing up for, and Euphoria meets all the HBO criteria.

Many actors and actresses this season have had an issue with the amount of nudity, with one even quitting before the show aired.

Brian ‘Astro’ Bradley, a famous rapper and actor, known for movies like Earth To Echo, Luce, A Walk Among The Tombstones and many more was originally supposed to play McKay, Sydney Sweeny’s love interest in the show.

However, Bradly was said to be uncomfortable with the scenes he had to shoot that were not mentioned in the pilot script. Because of this, producers replaced Bradley with Algee Smith, known for his major role in The Hate U Give.

Barbie Ferreira, known as Kat Hernandez in the show, also expressed concerns with the portrayal of her character in the show after walking off set.

Ferreira reportedly got into a fight with director, Sam Levenson over his portrayal of her body as a ‘plus-size’ self-conscious body. While she is still featured in this season, many of her lines and overall storyline was deleted from the season.

Sydney Sweeney, known as Cassie Howard in the show, did not walk off but had a lot to say about this season’s use of nudity.

In an interview with The Independent she states that she feels like her performance in “Euphoria” has overshadowed the rest of her repertoire because she “got naked,” adding she believes there’s “a stigma against actresses who get naked on screen.”

She further stated that she had never felt uncomfortable while shooting, and that she often questions Levinson. She ended this with saying “There are moments where Cassie was supposed to be shirtless and I would tell Sam, ‘I don’t really think that’s necessary here.’ He was like, ‘OK, we don’t need it,’” Sweeney further explained. “I’ve never felt like Sam has pushed it on me or was trying to get a nude scene into an HBO show. When I didn’t want to do it, he didn’t make me.”

The show’s main actress in the leading role, Zendaya, has a “no nudity clause” in her contract, meaning that she will work on a show but will not take part in any scenes with nudity.

As  the main character, it is very interesting that Levenson allowed this. However, some argue that this fits her character perfectly.

Miriam Flores, an education major stated, “I think if all of the other actors and actresses have to be subjected to this, it makes no sense that Zendaya gets out of them. The nudity is definitely too much altogether, but I could definitely see Rue (Zendaya) having scenes if she didn’t have this contract.”

Something important to note is the difference in the women and men involving nudity in the show.

Eric Dane, known as Cal in the show, stated in an interview with MensHealth that he uses a prosthetic when shooting nudity scenes. The same goes for actor Jacob Elordi, who plays Nate.

However, this treatment is not the same for the women in the show. As we know the actresses are showing their real bodies in the nudity scenes, making viewers question the double standard that exists.

With all of this considered, do viewers think there is too much nudity?

The consensus seems to be that VSU students don’t think the show should have as much nudity as it does. Despite it being an HBO show, too much is too much.