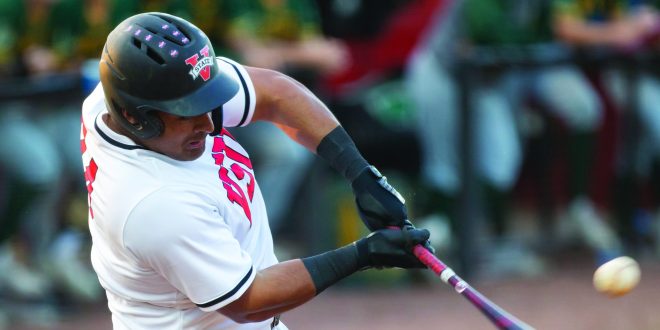 Doskow’s love for baseball pushes him to success

Every time the Blazer’s junior first baseman, EJ Doskow, steps onto the diamond, he said he wants to do the “little things right”. However, through the first three weeks of the 2022 baseball season, EJ has been doing some very big things.

Through the first 11 games of the season, the second-year starter has racked up 24 RBIs for the 7-4 baseball team. That’s enough for the lead among all Gulf South Conference batters, and third in all of Division II.

Doskow’s .463 batting average is second in the GSC among batters with 20 or more at-bats, and his .829 slugging percentage is fourth. In fact, Doskow ranks at or near the top of the conference in most offensive statistics, like hits, doubles and runs scored to name a few.

Doskow said his drive to play baseball comes from his family, as well as his desire to do more for his teammates than what shows up on a stat sheet.

“As long as I can remember baseball has always been in my family,” Doskow said. “My dad played when he was young in the Dominican, and I’ve always wanted to live up to his name and ball out… live up to that expectation and do good. It is all about doing the little things right. That was a huge example, even when I was a kid it was always doing things right no matter what it is. So, I do that till today.”

He has been doing a lot right for the Blazers for two years now. Last year, on a VSU baseball team that went 25-16 and was loaded with offensive firepower, Doskow, a sophomore, still finished fourth in RBI with 27, second in home runs with six, and fourth with a .548 SLG%.

He recalled one of the things that brought him to VSU was his first-time seeing Billy Grant Field.

“Honestly, I had no idea about the baseball team,” Doskow said. “But I’d heard a lot of good things. When I came out, my first time looking at the field – it was gorgeous.”

But even after leaving VSU and Billy Grant Field behind, Doskow’s lifelong love of the game will keep him around in one way or another.

“Even if I don’t make it to professional baseball, I’ve always wanted to do something with baseball. Either coaching or just giving lessons, helping kids to love the game that I love,” Doskow said.