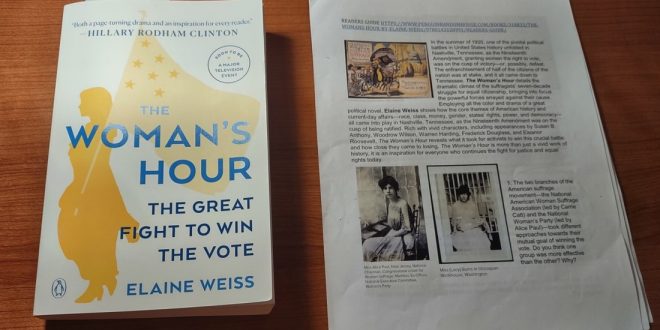 In honor of National Women’s Month, Odum Library is offering events to reflect on the history of the Women’s Suffrage Movement with a project called Let’s Talk About It: Women’s Suffrage Book Discussions.

On March 10, the first discussion looked at “The Woman’s Hour: The Great Fight to Win the Vote” by Elaine Weiss, a nonfiction novel following three leaders that were influential in passing the 19th amendment: Carrie Chapman Patt, Sue Shelton White and Josephine Pearson. 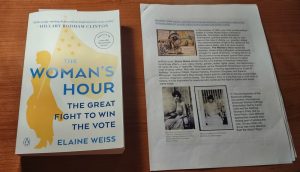 Many students, faculty and staff had a discussion that looked at the Women’s Suffrage period and what we can take away from the notable leaders in the book as well as things women continue to fight for today. 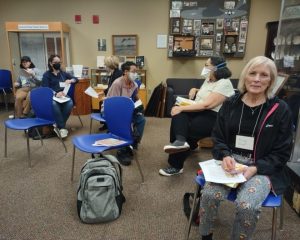 The book takes place in 1920 when there was a political battle in Nashville, Tennessee to win the woman’s right to vote, the 19th Amendment. Each point within the guide drove the discussion to address how major themes within the book as well as provide make the audience critically think about the United States government.

The book discussion was mediated by Dr. Christine James, professor of Philosophy and Religious Studies. Dr. James provided a reader’s guide that gave facts and context on what the book references to the Women’s Suffrage Movement.

Since this was the first discussion, there was a question of whether having read the entire book was required. However, as the discussion began, it was clear that even if someone did not read the book, one can still learn a lot from the guide by joining the discussion. 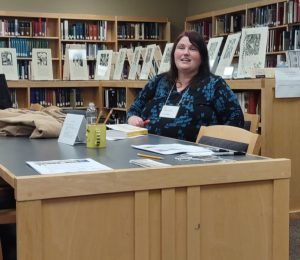 Key points I took away from this conversation were what makes people motivated to see political change and the use of technology impacting change. The discussion gave perspective on the importance of being informed about what is going on in U.S. politics and why some may don’t want to talk about politics.

There was also another perspective that looked at what factors may influence someone having the ability to devote time to political changes since not everyone is not able to do that.

In such a pivotal time in U.S. history, these discussions are important to better understand the context of a political battle that took many decades to give women the right to vote and become more involved in politics.

The next event is on March 24 and will discuss “Women Making History: The Nineteenth Amendment.” The discussion will be mediated by Dr. A.J. Ramirez in the William Mobley Room of the VSU Archives and Special Collections on the fourth floor of Odum Library from 7 to 8:30 p.m.

Previous Review: Mom Jeans has something for everyone with ‘Sweet Tooth’
Next Photos: Greek Week comes to a close with Field Day Games