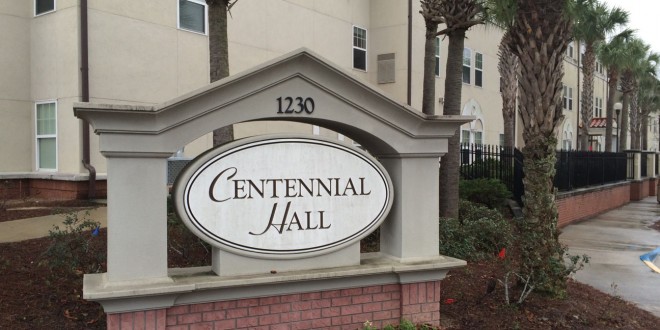 An armed robbery occurred at Centennial Hall in the evening on Jan. 10.

There are no new leads on the armed robbery that occurred on campus the week before school started, but the investigation is ongoing, according to Howard Doner, VSU police director.

On Jan. 10 at approximately 8:44 p.m., a female student and her brother were robbed at gunpoint in the Centennial Hall parking lot, according to a police report. The robber was described as an African-American male wearing a black hoodie with white writing and black pants.

The suspect was allegedly seen running toward the cemetery on Sustella Avenue as police arrived at the scene.

Though there was someone fitting the description of the suspect, it was later confirmed he was not the assailant. The perpetrator has yet to be identified.

When the crime occurred, VSU notified students and faculty via its Campus Alert System.
Anyone with information about the incident can contact the VSU Police Department at (229) 259-5555.