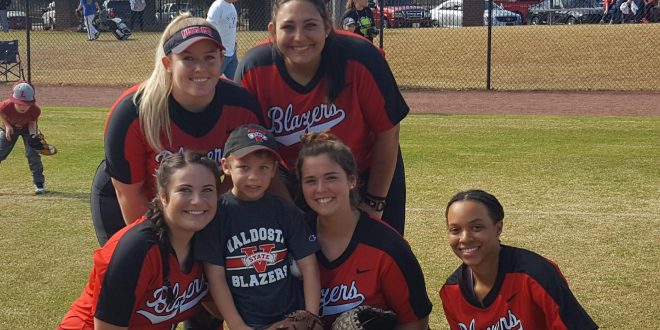 Softball players with a big fan at Blazer Blast on Jan. 27.

VSU’s “Blazer Blast ‘18” on Jan. 27 hosted around 75 kids who had the time of their lives with their favorite Blazer athletes.

The Blazer Blast was held by VSU’s baseball and softball team at Billy Grant Field and Steel’s Diamond at Blazer Park. Any child eighth grade and under could come out and participate.

The day involved music on the loudspeakers and kids getting to have some real fun playing.

The baseball and softball teams set up a carnival of different events like wiffle ball out in center field, bullpens down the left field line, fly ball drills in left field and batting practice in right field.

All of the players were dressed up in their uniforms and playing catch the kids. The players were giving the kids pointers on playing baseball and softball.

A few kids hit home runs during the wiffle ball game and others had some movement on their curveballs.

With a little help, some of the youngsters might become VSU prospects in a few years.

Down in the away team’s bullpen kids were toeing the rubber, and throwing whatever pitches they has in their arsenal into a square net, working on hitting the strike zone.

To the right of them in left field, the kids were catching high fly balls from a pitching machine. Some players were out showing them how to get behind the ball and catch the fly ball coming through the ball to their target.

Center field looked to be the fan favorite. The baseball team had their batting turtle out and were putting it to good use.

The players threw batting practice and played a baseball game. The team moved the turtle up to give the kids a short porch to let them hit home runs.

Over in right field the kids were hitting off tees and getting some tips from players like Dalton Duty and O’Kevius Conway. 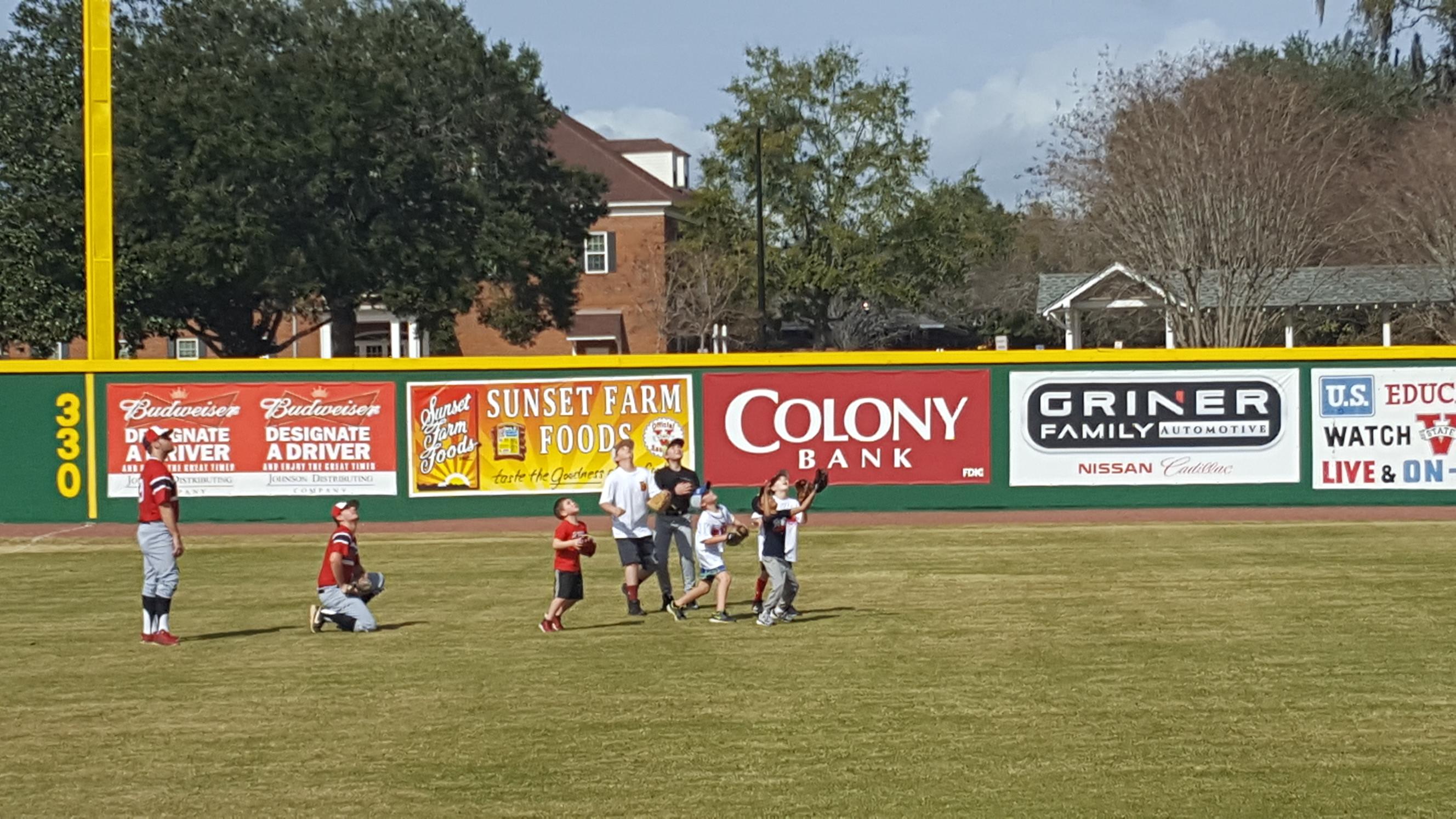 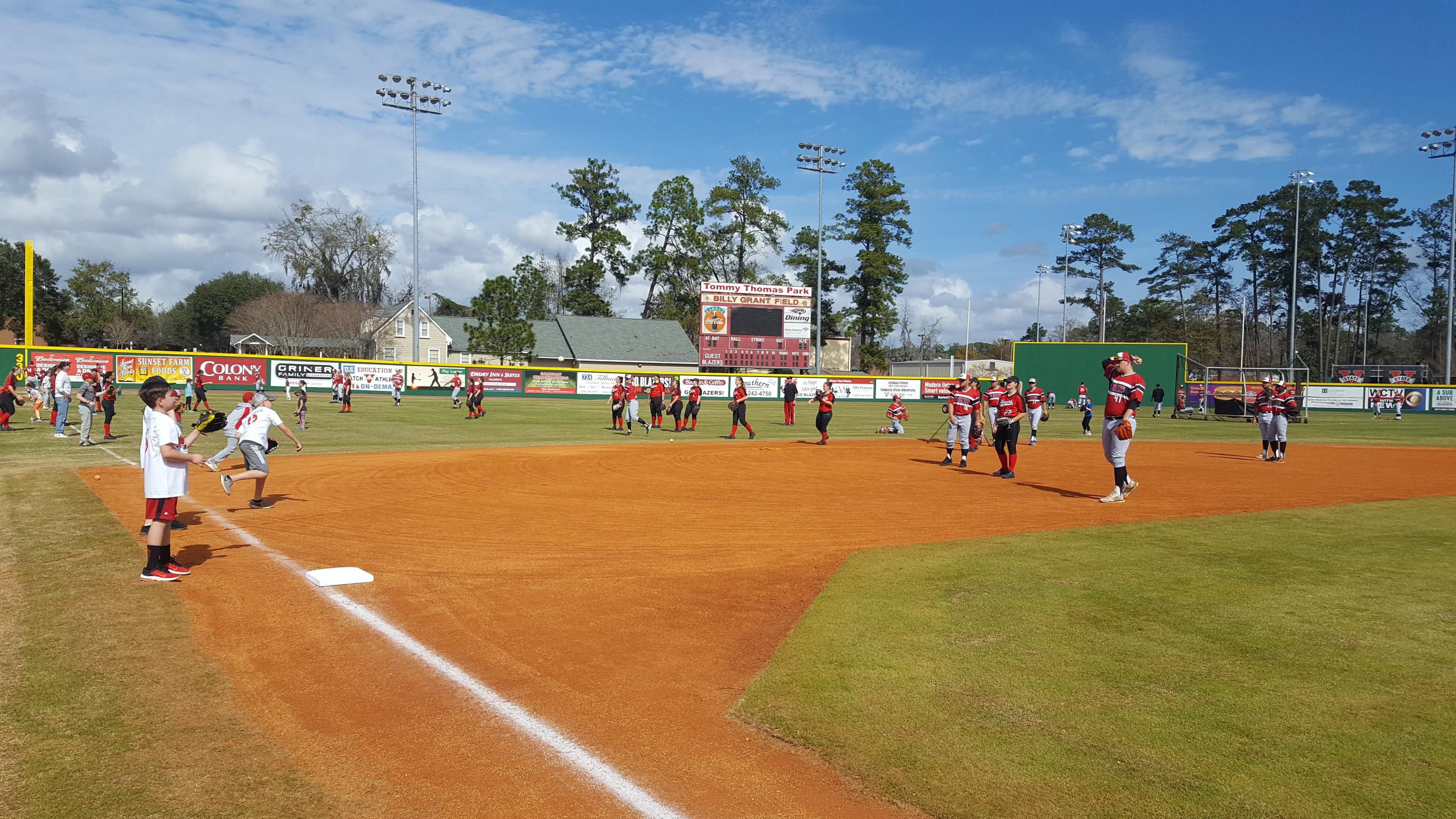 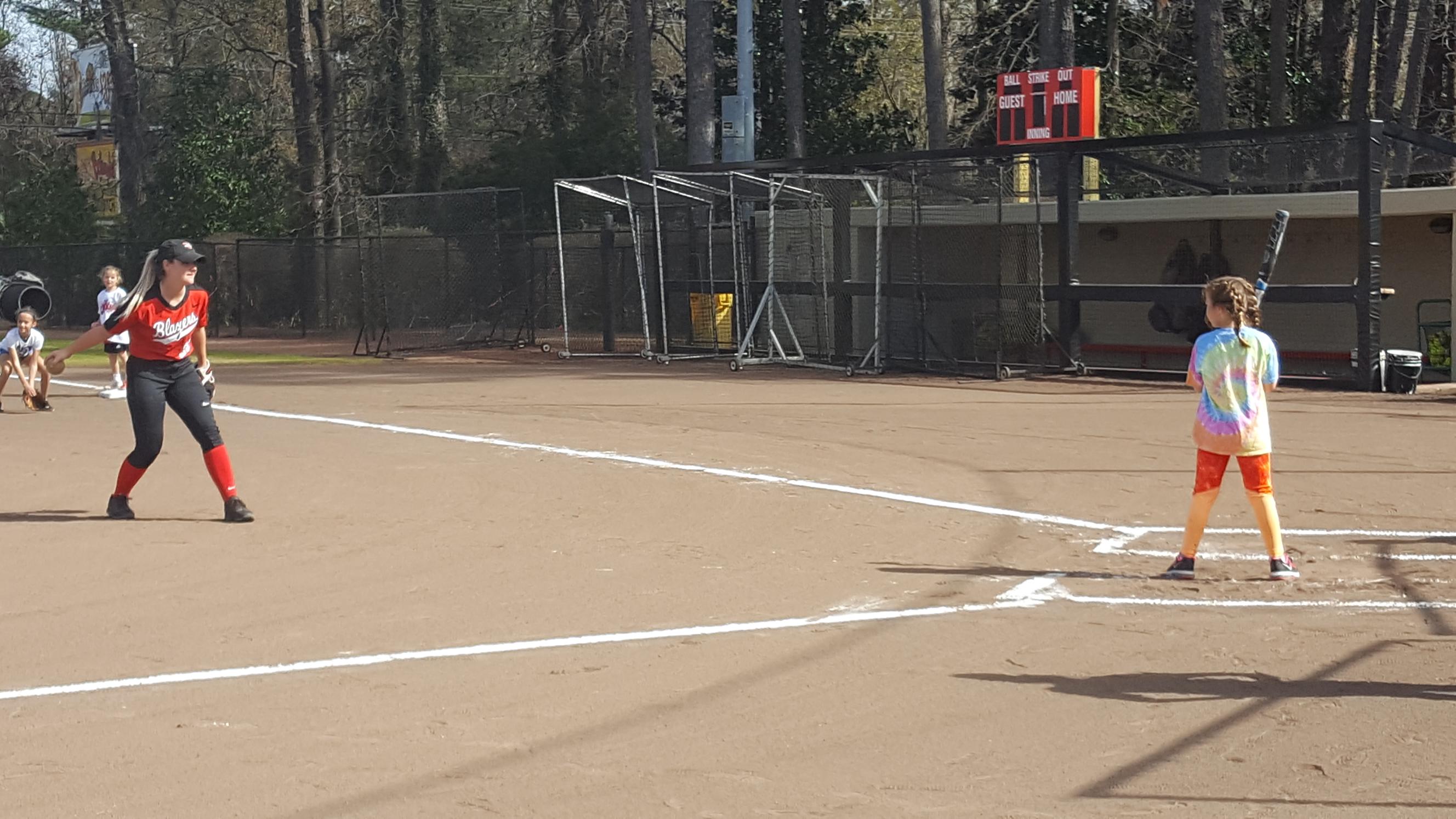 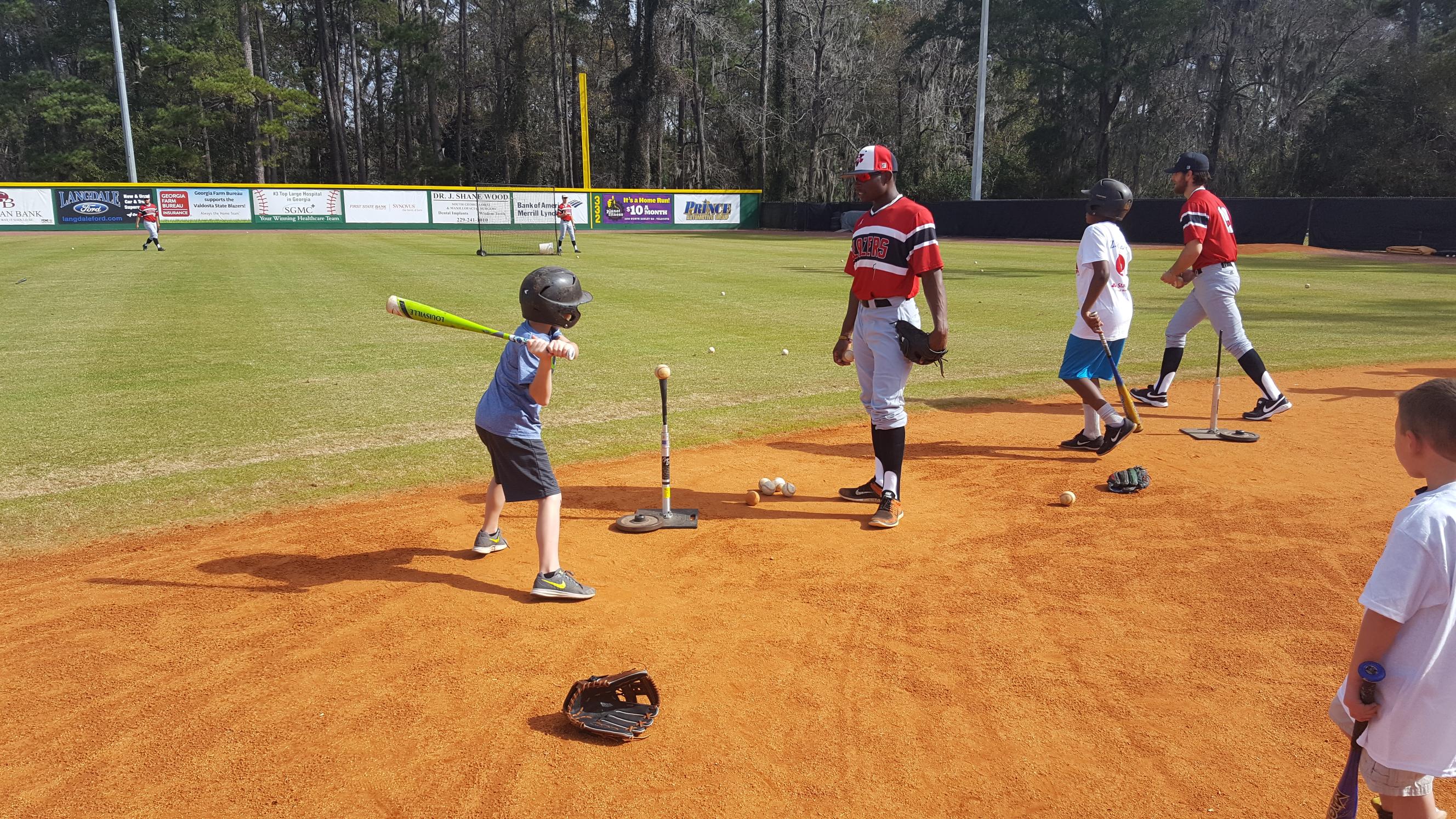 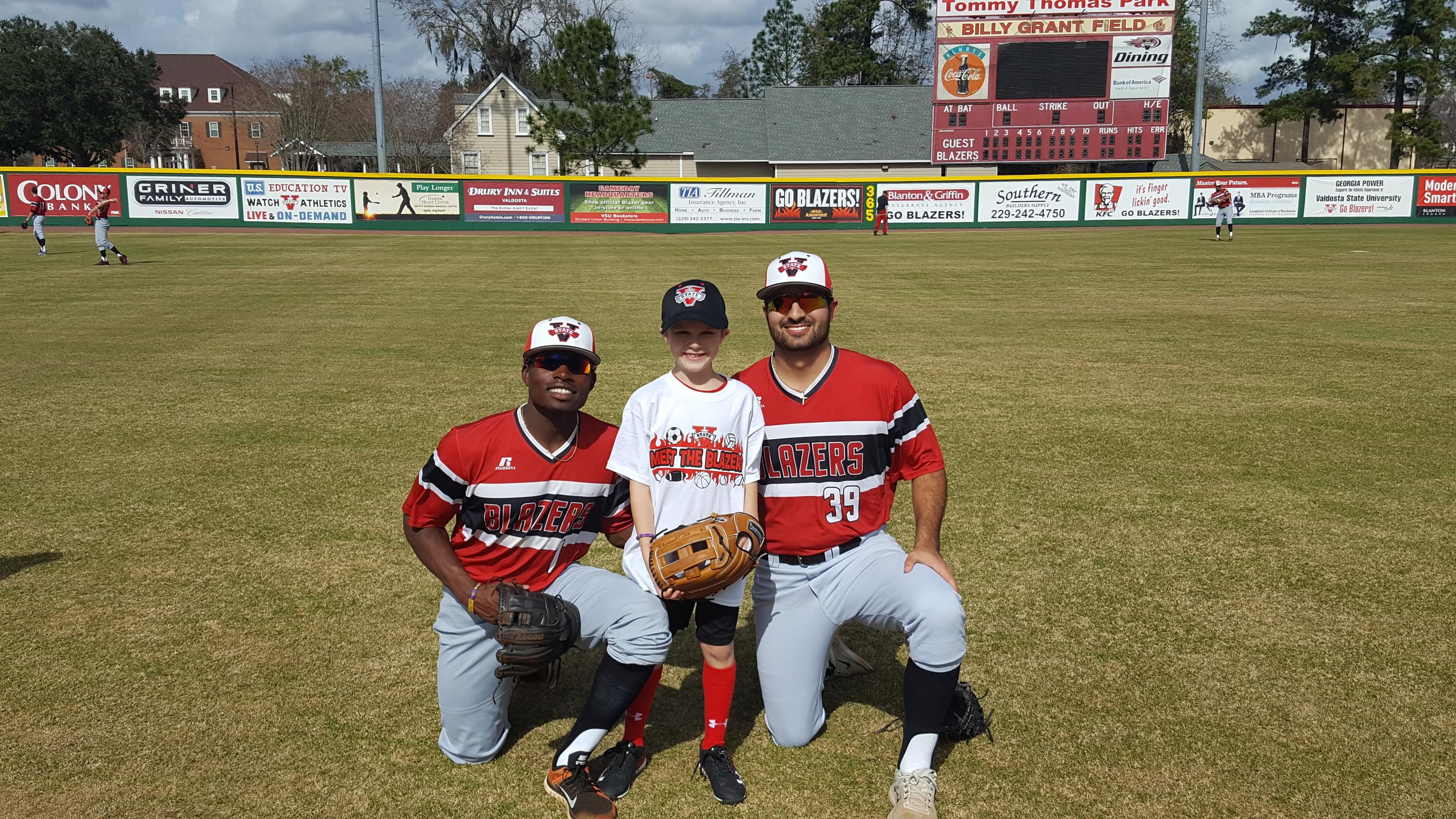 O'Kevius Conway and Judson George posing with a young athlete. 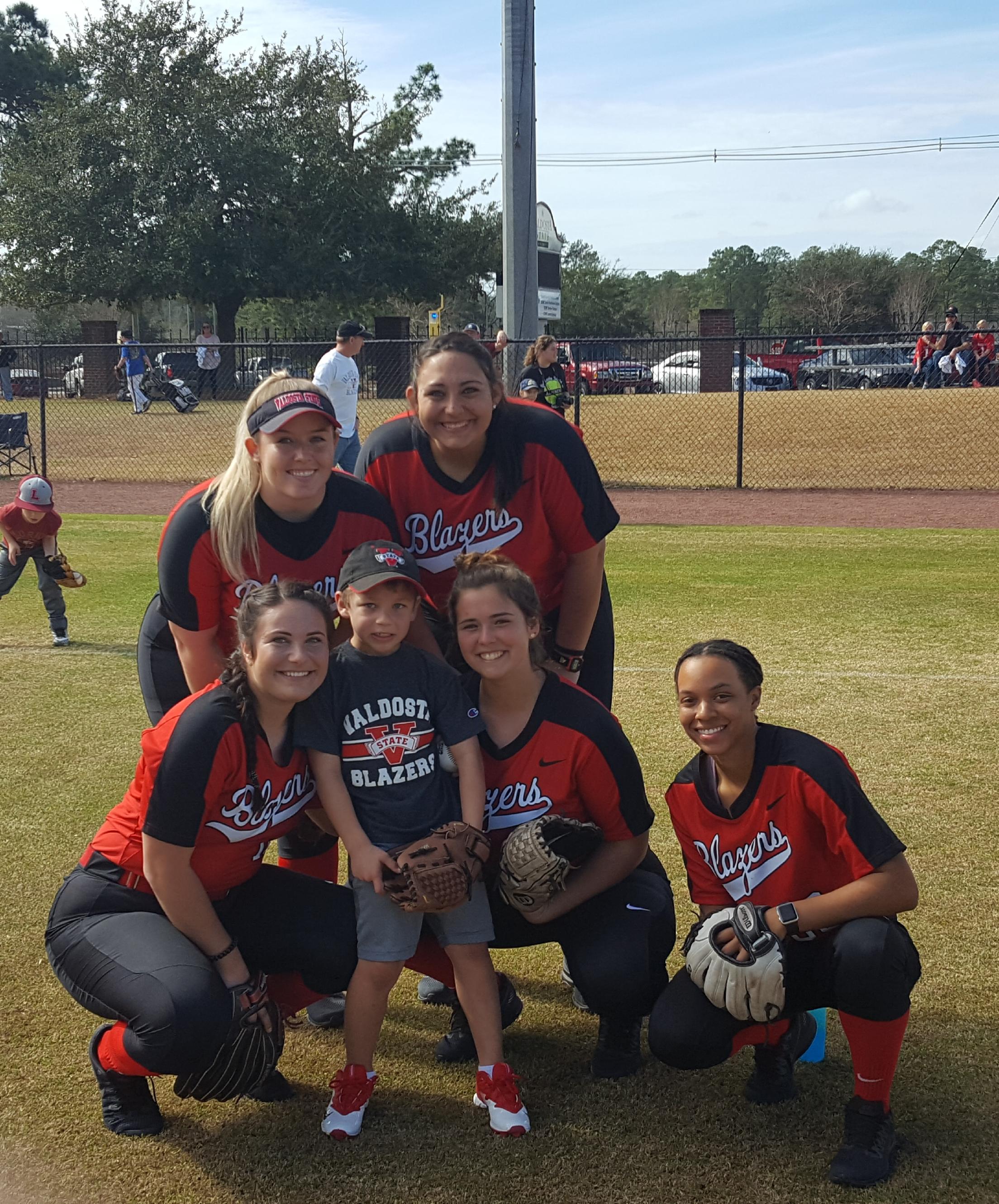 Softball team with a big fan. 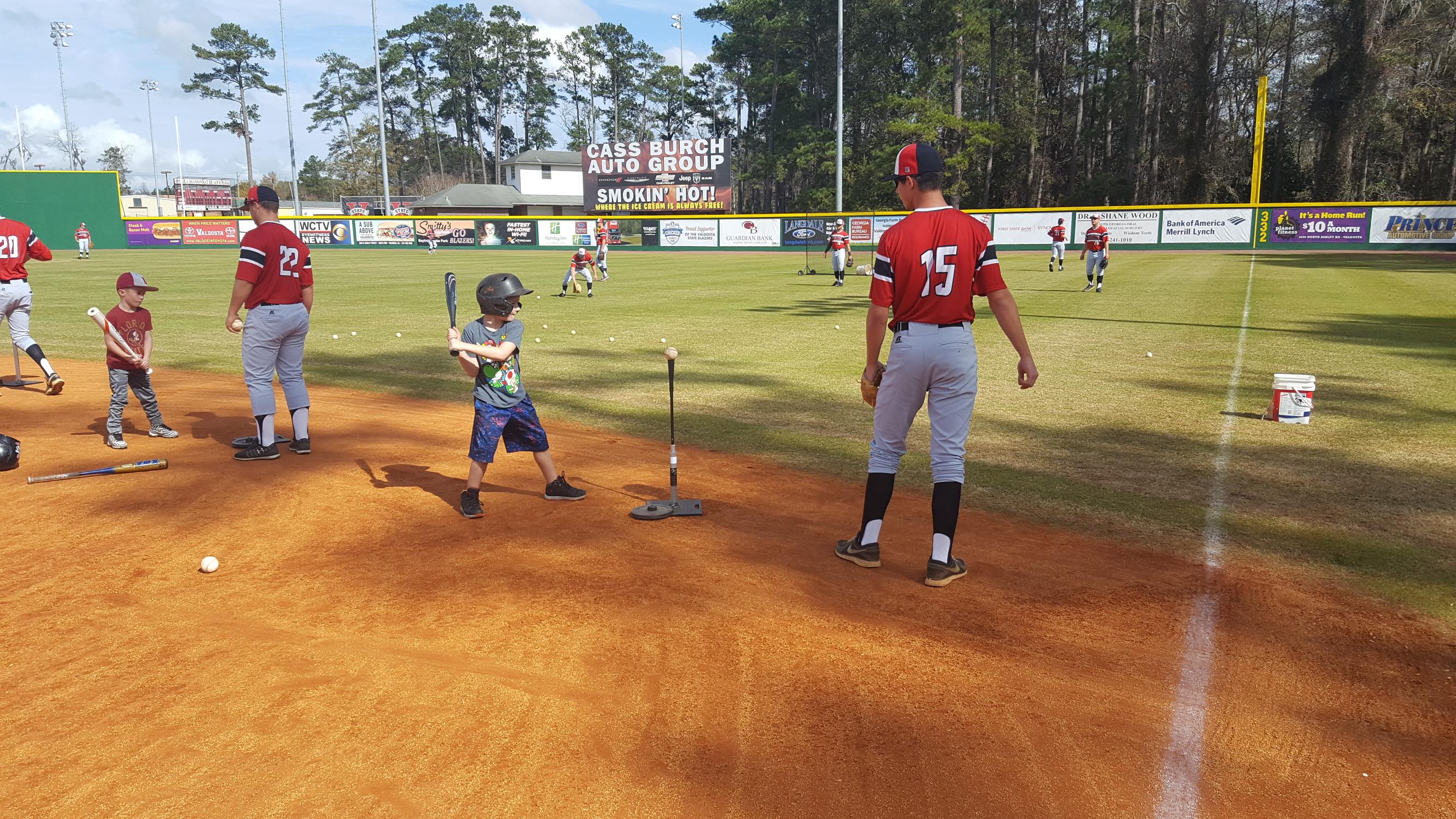 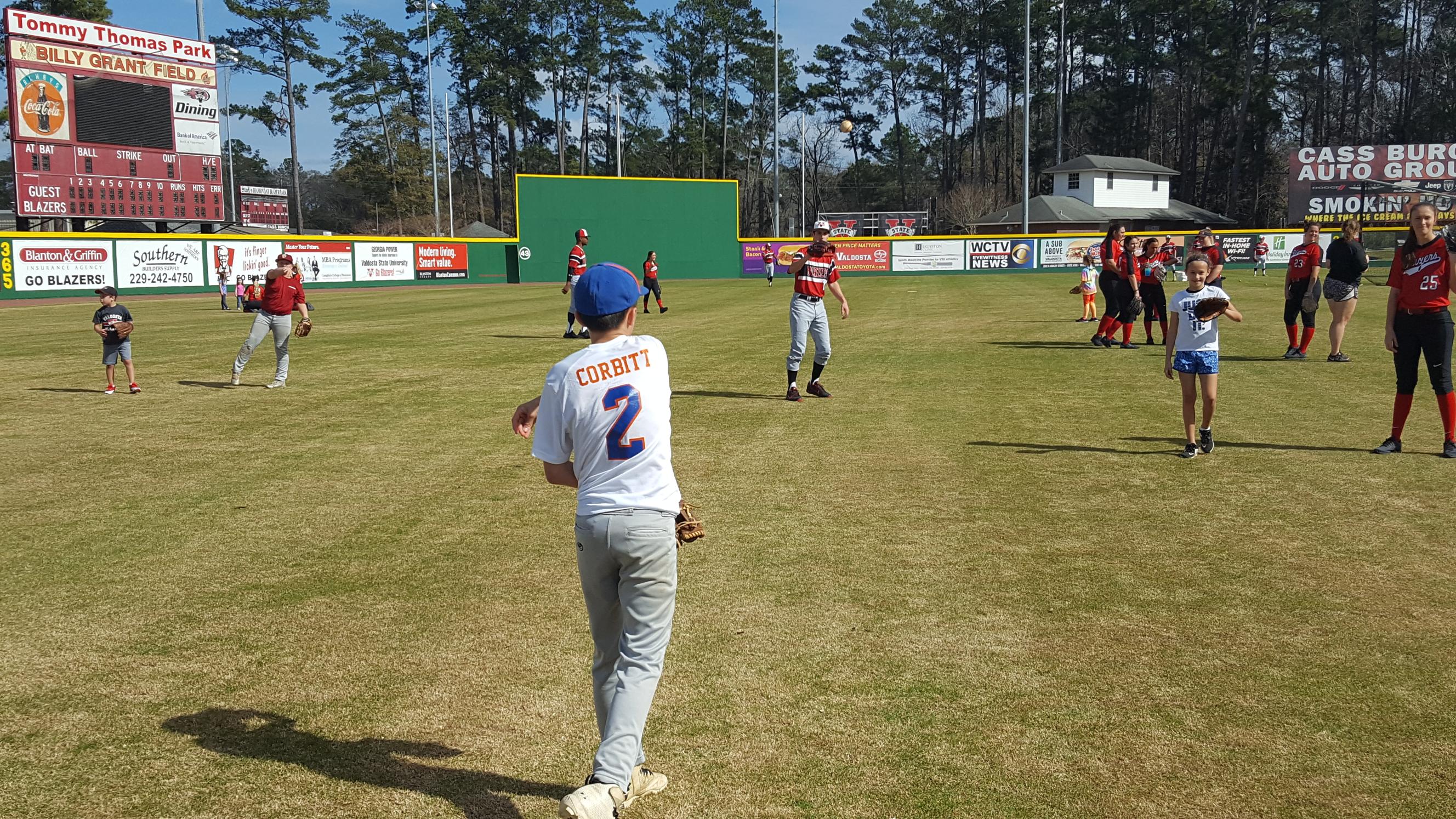 Ground ball drills with the fans.