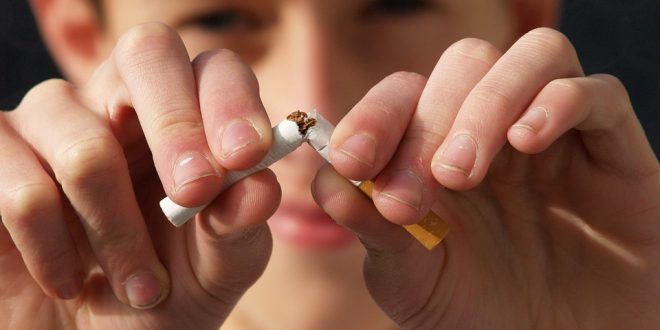 According to an article written by Dr. Edward Grimsley, titled “Use These Strategies in Your Quest to Quit Smoking,” cigarette smoking is the leading preventable cause of death in the United States, but nearly one in five deaths in the U.S. is caused by cigarette smoking.

Smoking results in more deaths each year than AIDS, illegal drug use, alcohol abuse, motor vehicle injuries and firearm-related incidents combined, according to Dr. Grimsley. It increases the risk for deaths from all causes in men and women.

Besides lung cancer, smoking can increase your chance of bladder, blood, cervix, colon and rectum, esophagus, kidney and ureter, head and neck, liver, pancreas and stomach cancer, according to Dr. Grimsley. Other diseases associated with cancer include peptic ulcer disease, osteoporosis (thinning of the bones), birth defects, premature skin wrinkling and erectile dysfunction.

Quitting smoking is the most important thing you can do to improve your overall health and increase your life expectancy. Quitting smoking can decrease a smoker’s risk of heart attacks, stroke, peripheral vascular disease and high blood pressure after just one year, Dr. Grimsley said. While the damage may not be reversible, you can stabilize the lungs and stop further damage. This can lessen symptoms and decrease the likelihood of long term complications.

There are multiple strategies to quit smoking, though. The key is to find what works best for you. There are several medications available to aid quitting, including Zyban and Chantix. Nicotine replacement therapy can be very helpful to lessen the symptoms of nicotine withdrawal as well. Nicotine is available as a gum, patch, nasal spray and inhaler. Most of these nicotine replacements can double your chances of quitting. They appear to be safe, even in people with heart disease.

VSU students had a lot to say about this important matter.

John Kramer, a senior occupational therapy major, said, “I am totally against it. I can’t stop people from doing it, but my grandpa, according to doctors, had his life cut short by 10 years. Cigarettes and I don’t get along very well.”

Corey Andrews, a junior interdisciplinary studies major, said, “As someone who used to and stopped, it’s not the best thing. I would be okay with teen weed smoking, though. It won’t kill you. Plus, tobacco companies don’t care about the people they’re killing.”

As you probably know, VSU is a tobacco free campus. This is a commitment to make the environment safe and comfortable for everyone. The goal of the policy is to preserve and improve the health, comfort and environment of students, employees and anybody occupying our campus. Above all, do not get discouraged if you are not able to quit smoking the first time. Nicotine addiction is a hard habit to break. Try something different next time. Develop new strategies and try again. For many people, it takes several attempts to finally kick the habit.