Home / Campus Life / Get Rid of Bullying for Good 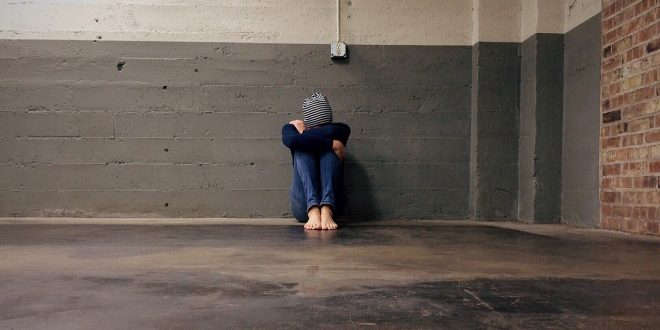 Get Rid of Bullying for Good

When we think of a bully, our minds stray to the stereotypes we’ve learned from teen flicks and children’s shows. We may imagine the infamous “swirly” subjecting its victims to a face full of toilet water and hopelessly flailing limbs. We may even picture the typical geek in his thick-rimmed, black glasses looking on meekly as his abuser strolls away, pockets filled with stolen lunch money.

While these acts are, in fact, a form of “bullying,” this issue is a lot more complex than most of us believe. As a result, some have trouble distinguishing the different forms of bullying. So, what exactly qualifies as bullying?

According to the National Center Against Bullying, “Bullying is when an individual or a group of people with more power, repeatedly and intentionally cause hurt or harm to another person or group of people who feel helpless to respond.”

Bullying is not restricted to one single instance or action, and while it can occur physically, we tend to overlook its social, verbal and online forms.

William Mayes, a 19-year-old sophomore at Georgia Military College, recounts a time in which he personally experienced a form of social bullying many fail to identify. He was a junior at Lowndes High School at the time, and he had been selected to lead the low reed section of the marching band.

“I was purposely excluded from section activities by my section members because they didn’t believe I deserved the title,” Mayes said. “I was honestly the loneliest I have ever been that year of high school.”

Although today his unwavering passion for band persists, the alienation he experienced caused him to look back on those times with a lingering sense of melancholy.

William’s tale is only one of many instances that can cast a dark cloud over potentially fond memories. But what is it that causes these interactions amongst our fellow peers, and what can be done to prevent them in the future? As someone who has walked a few miles in the shoes of a bully, I can shed some light on bullying.

My senior year of high school, a close friend of mine had gotten into an altercation with his significant other. The two of them eventually cut ties, but as is typical of high school relationships, the rumors persisted. Becoming frustrated with the reputation I felt my friend had wrongfully earned, I decided to take matters into my own hands. I took to social media to humiliate and antagonize his former partner “in the name of justice,” and this was not the only occurrence. In that moment, I did not view my actions as immoral; I felt that my hostility was justified.

In my case, and in the case of many, we tend to take on the role of the villain outside of our own awareness.

“I think a lot of the problem is that people will resort to ‘bullying the bully’ without even realizing that they are now taking part in the action they intended to eliminate in the first place,” Sophomore, Zia Murdaugh, said.

While this insight does help us piece together some of the thought process that may precede bullying incidents, it still does little to minimize the issue. Across various college campuses such as Wiregrass, Georgia Military College, University of Georgia and our very own campus, there are policies in place for these forms of harassment. In addition to that, schools at the high school level and below have

disciplinary systems in place specifically designed to combat bullying. So why is it that bullying is still a very prominent issue despite these precautions?

“A lot of the bullying happens online because people don’t feel like they will ever have to actually face the person they’re bullying,” Lowndes High School Senior, Brock Washington, said. “So, a lot of this stuff happens without teachers ever realizing it.”

Confrontation is tricky, so when given the opportunity, students opt to conceal their identity as to avoid the potential repercussions for their actions. What’s more, these online interactions rarely get reported to faculty and administration, so the policies in place are left virtually useless.

Now considering the non-physical forms of bullying, is there a way for faculty and administration here on campus to identify a focal point of the harassment? Moreover, are there specific groups of people that are more likely to experience bullying than others? Jamaal Harris, a 20-year-old junior, believes this is the case.

Harris lives in a predominantly white neighborhood, and this past June, he and his friends decided to spend some time walking around the area and chatting amongst themselves. A car of adult white males pulled up beside Jamaal and his friends and asked the group what they were doing in their neighborhood. The men proceeded to take videos and pictures of the group before finally relenting and driving away. Later that same evening, he discovered a photo online displaying him and his friends in the situation from earlier that day. The photograph is captioned “does anyone know who these thugs are?” According to Harris, this was not an isolated event, and he experiences this form of harassment often.

“I wholeheartedly believe that if my friends and I were white, we would not have been stopped that day,” Harris said.

Building off this idea of targeted bullying, William Mayes believes that there seems to be a pattern of people who experience bullying more than the rest.

“I feel like people who are more divergent from what is considered the social norm are easier targets for bullies,” Mayes said. “I think it’s because loners or outcasts are known to not have very many friends or supporters. And if you don’t have a large following to stand up for you, a bully doesn’t really have anything to fear.”

Bullies by definition attain their power by focusing on those they see as helpless.

There are things a community can do to isolate and minimize bullying.

“I don’t think there is anything we can really do as a community to completely stop bullying,” Lauren Salazar, sophomore, said. “But as far as minimizing it, I believe that starts at home with individual people.”

Several other students concur with Lauren’s idea that there could never truly be a mass rallying that would completely eradicate bullying. If we take time to speak out on bullying situations as they arise, whether they be online or in person, it would discourage the bullies from carrying out their attacks.