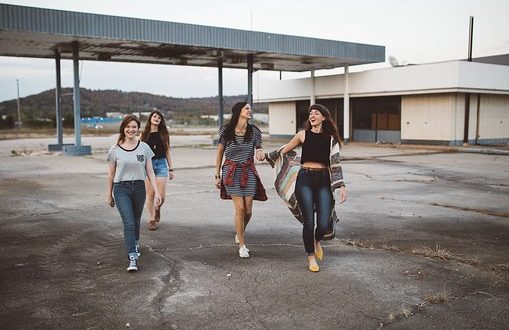 Let’s creep it real: Between the candy, costumes and parties, people do not give their general safety too much thought on Halloween.

After all, it’s the nom to scare yourself to death by witnessing acts of diabolical brutality and totally wicked sorcery in the form of horror movies.

Dumb teenagers getting mutilated by Freddy Kruger or Jason Voorhees and random spirit dolls like Annabelle possessing people into becoming killers wouldn’t be considering light entertainment if that much weren’t true.

In the real world, however, your safety is dead serious.

While there is not a huge spike in the overall crime rate like the hype would have you believe, there is an upsurge in alcohol and drug related crimes, which can also lead to violent incidents.

A study published by the National Criminal Justice Reference Service concluded that college students are more likely to show an increase in alcohol and drug consumption while going to parties where costumes are worn, such as to a Halloween party.

Not only does that increase your likelihood of going to jail, it also lowers your inhibitions and make you much more likely to be the target of an attack.

However, it doesn’t have to be that way. There are a few easy steps to ensure you don’t fall victim to a haunting crime.

If you can’t handle your boos, keep the alcohol to a minimum.

Overconsumption of alcohol removes your self-awareness and kills whatever defenses you have. You also don’t make the best decisions either because of that. You are much more likely to be robbed, taken advantage of or possibly killed if you’re drunk. It’s the same thing if you’re dabbling in drugs like marijuana.

Always have a designated driver and trust friend accompany you to any party or bar and make sure they are within your reach for most of the night.

This should be common sense, but if the NCJRS study is any indication, all logic in that regard goes out the window by the time Halloween rolls around. It’s no wonder horror movies have a plot at all. Speaking of that…

To some degree, horror movies are actually educational.

Yes, you read that right. Horror movies teach you what not to do, not just on Halloween, but in general.

When has splitting up from your friends ever worked out in those movies? If you are in an unfamiliar area, like a party at a place you don’t regularly go to, it’s best to stay with your group of friends. This is especially true if said area has a bad cell reception.

If something does happen, like you’re lost, drunk or god forbid attacked, there will be multiple people that can come to your aid.

Also, if you notice something unusual or even a crime taking place, don’t investigate it. It’s a classic and fatal horror movie mistake. Don’t get yourself killed trying to be a hero. Call the police and let them handle the situation.

Also, beware. Be very aware. There are so many deaths that could have been avoided in those movies if the victim was actually paying attention to their surroundings. Keep your guard up, and if something feels suspicious, stay on the defensive.

Here’s a few situational safety tips: if someone is trying to snatch your wallet or purse, throw it in the opposite direction and run away (also, keep your important cards and cash in your pocket so loss can be prevented).

If someone is choking you from behind, claw at or near their eyes. The knee0jerk reaction is to tend to remove their hands and tend to the injury.

If you’re walking to your car, especially at night, don’t sit in your seat and check your phone or start cleaning around your seat. As soon as you’re in, lock the doors and drive off. Speaking of cell phones…

Having an app just for safety is not paranoid, it’s smart.

One popular app is Circle of 6, winning the White House Award for “Apps Against Abuse” Technology Challenge. It’s quite popular for its feature of choosing 6 of your closest friends and family to be alerted if your need help in an emergency. It also has a danger button that can reach sexual and domestic abuse hotlines.

There’s also Watch Over Me, which can activate an alarm and video camera footage of your harasser simply by shaking it, even if its locked. Then an alert is sent to your emergency contacts.

In the NCJRS report, it was noted that one woman had no ride and decided to trek home alone. This is an incredibly dangerous move as it can leave you completely vulnerable. There are too many transportation apps not to utilize them. Get Lyft or die trying.

Not to mention, all these apps are totally free.

There is no reason you should not be safe on Halloween. Death is a part of life, but if you follow these tips, it should be a long, happy one.