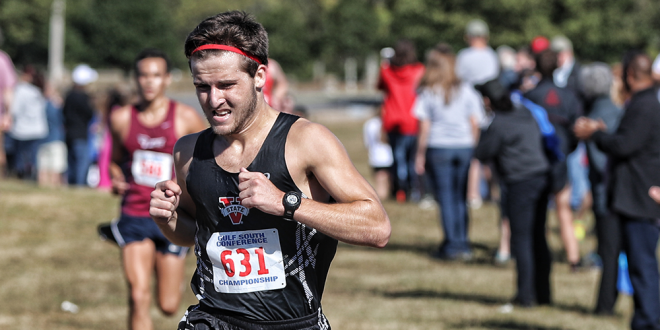 The women’s and men's team finished with 286 points and 236 points, respectively.

Just when it was time to deliver, the Blazers did – as a collective.

Both men’s and women’s cross country squads had an energetic performance at the 2018 Bobcat Invitational Saturday morning, hosted by Georgia College, in Milledgeville, Ga.

Among Division II schools that attended the meet, both VSU teams finished in the top ten as the men ranked No. 8 and the women were a notch ahead at No. 7.

The women’s team bested their male teammates, finishing with 286 points and 236 points, respectively. Twelve Blazers tallied personal record times in the meet, with Blazers senior Jaison Morning leading the way with a time of 23:03.6 for 18th in the 8K race.

Also, on the men’s side, UNC Pembroke took a victory in the 18-team field with 59 points. Gulf South Conference member Alabama Huntsville followed with 71 points and Augusta was No. 3 with 80.

GSC’s Montevallo finished No. 4 with 106 points. The Warhawks of Auburn Montgomery barely scrapped by the Blazers for No. 8 with 209 points.

Out of 162 runners, the top three finishers for the men were all from UNC Pembroke. Silus Kipkoech took home first place at the meet with a time of 24:08.1.  Teammates Joshua Chepkesir and Logan Ward followed with second and third, respectively.

Florida State secured first place on the women’s side with 47 points, while Alabama Huntsville was second with 59 points and Montevallo was third with 99 points.

THE REST OF VSU RUNNERS: