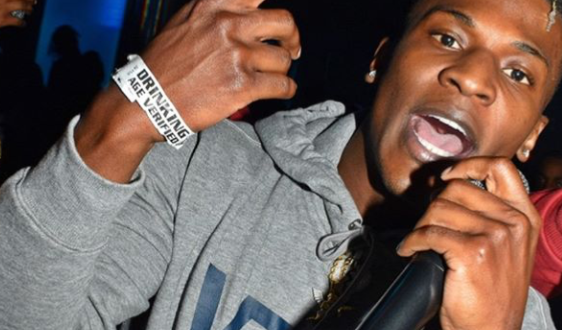 KPthewolf is set to play at SXSW Festival in March 2019.

Some VSU alumni go on to claim impressive feats, and one alumnus is claiming his in at the South West Music Festival, commonly known as SXSW.

Phillip Walton, known to his friends as KP and to his fans and followers as

In fact, his performance at SXSW comes just before the launch of his album “War on Cupid,” which will soon be available to stream on major streaming platforms such as Spotify, iTunes and Apple Music.

Although his career is still young, KP’s experience starting out was no harder than his decision to pursue music.

“I would drive back and forward to Athens, Georgia, from Atlanta to record at [a] friend’s studio because it was affordable” KP said. “Then, I eventually made some more convenient connections. It was a fun and easy process for me.”

His two previous singles “Across the Room,” a collaboration, and “Love is Poison,” a track he did all the vocals for, are also available on those platforms. His SoundCloud features these singles and some unreleased ones as well.

While KP is not currently engineering the beats he uses for his music, he is practicing writing his own music to beats he finds online and receives directly from other local musicians and producers. He hopes to start engineering his own beats soon.

This variety is part of why he is a perfect fit for the SXSW festival. It showcases a variety of artists from well-known pop artists, such as Khalid, to lesser-known artists, ranging from alternative bands, singer-songwriters, rappers and many others.

KPthewolf will perform at SXSW on March 14, in a block of music that celebrates and highlights artists from the south, specifically the Atlanta area. The festival will run from March 11-March 17 throughout Austin.