Home / Campus Life / Who will you vote for your 2019 Homecoming king and queen? 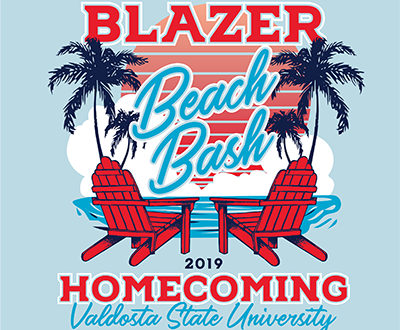 Who will you vote for your 2019 Homecoming king and queen?

It’s officially homecoming week and almost time to crown the 2019 homecoming king and queen. Here are some of the candidates and their reasons why you should vote for them. As voting for the second round begins, there are nine candidates left in the running. 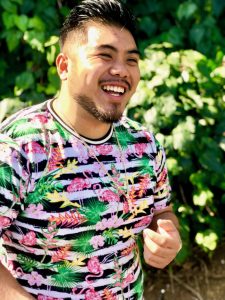 Jimmy Dao, a senior mass media major, is a Valdosta native who will graduate in December.

He is a member of numerous programs, including Phi Beta Sigma Fraternity, Inc.; Delta Phi Delta Dance Fraternity, Inc.; and the National Council of Negro Women. He also works with the IT Helpdesk in the library.

Dao said that he is running for homecoming king because he believes he connects well with VSU and his peers.

“I’m running because I’ve always felt like I had a strong connection to this campus and its people,” he said. “Plus, I thought it would be fun.”

Dao plans to end his last semester on a strong note.

“My goal is to make sure I finish this semester strong and make sure that I don’t leave [any] stone unturned,” he said.

After graduation, Dao’s plan is to get a job before leaving for his internship.

“My plan after I graduate is to find a job to do before I leave for the Disney College Internship Program in April,” he said.

Dao plans to shine a light on all the good student organizations do for the campus. He has gone to multiple organization events and supported their fundraisers, and he wants them to feel important and appreciated. 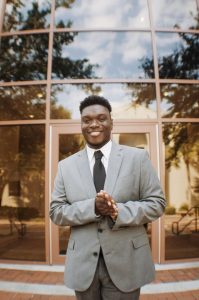 He is the Vice President of Collegiate Men and NAACP and also a member of the Campus Activities Board, African Student Association and the VSU Mass Choir.

Joynes-Walker said that he decided to run for homecoming king because of the openings on the campaign. He took the opportunity to send a message to the whole campus, to leave a legacy and to start something new.

After graduation, his plan is to move back to New York to pursue a career as an advocate for juveniles in the system and their families.

Joynes-Walker said that if the people of VSU choose him to be the homecoming king, he would like to work towards changing the atmosphere, making it more comfortable for all students.

“I’d like to also define what it means to be a leader here at VSU, as well as [encourage] students to find their place at VSU,” Joynes-Walker said. 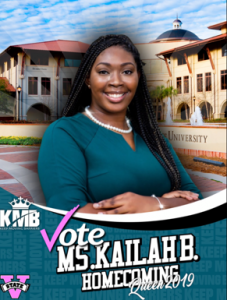 She is a former member of the National Council of Negro Women and Natural Sistas of VSU, where she served as social media chair. She also served as Miss Kappa Delta for the Kappa Delta Chapter of Phi Beta Sigma Fraternity, Inc.

She currently serves as president of the Kappa Upsilon Chapter of Alpha Kappa Alpha Sorority, Inc. and is a member of College Middle-Level Educators.

Brown said that she is running for homecoming queen because she wants to encourage her peers to create the college experience they want. She found the reason students are held back from enjoying the experience is that issues in life are blocking them, causing confusion, awkwardness and even depression.

“Such events often happen when students least expect it,” Brown said. For this reason, her platform is named “Keep Moving Barriers.”

“If I win I hope to bring more life to campus,” she said. “So many people think VSU is boring when it’s not. There’s so much to do around campus and so many people to meet. You just have to put yourself out there.”

She also said she would like to host a few events to provide networking opportunities. 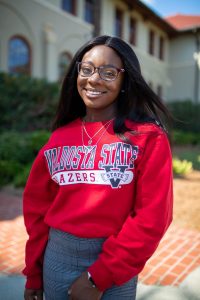 Taylor said that she is running for homecoming queen because she wants to show people that being involved is not hard and that everyone can do it.

“I saw a need to bring organizations together and push collaborations and unity,” she said.

“I promised myself that I would start taking risks, and it begins with putting myself in uncomfortable positions.”

She said that this is the last thing she needs to do in order to leave her legacy on this campus.

“Regardless if I win or lose, I am proud that I could step up as a leader and put myself out there for the campus to see,” she said.

After graduation, Taylor’s plan is to possibly move back home to Jacksonville and start teaching middle or high school social studies.

If she does become homecoming queen, Taylor plans to continue her work both on campus and in the community.

“The goal is to keep pushing people in the right direction of involvement,” she said. 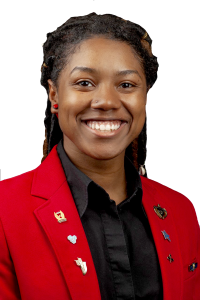 Mirakal Jackson, a senior art major with a triple minor in entrepreneurship, aerospace studies and psychology, is originally from Springfield, Massachusetts, and is a proud alumna of Marietta High School.

Jackson said that she has been passionate about student voice, art and expression since high school.

She is currently the president of the Caribbean Student Association and a VSU Ambassador. She also is a member of the Blue Key Honor Society, FIERCE and the Black History Month Committee.

Jackson said that she is running for homecoming queen because she loves the Blazer community here at VSU and wants to help the campus grow and change in the right direction.

She said that the amount of participation in student organizations isn’t as high as it was when she came to VSU in 2016.

“I believe that one of the solutions to solve this is to remind students that their voice matter,” Jackson said. “And, if we want things to change, we have to speak up and make it happen. It may not happen this month or next year, but if we keep pushing … change will happen. Whether that’s a change on our campus, in our community or just in life.”

Her goal as a senior is to make her last year count. She said that anything that she can do to help students or her community, she is ready to do.

“I enjoy serving and helping the student body and community in any way that I can,” Jackson said.

Although she cannot guarantee that she will be crowned homecoming queen, she said that she promises to continue doing everything in her power to advocate for the changes Blazers want.

According to Jackson, this includes conversations with administration, faculty, staff and SGA.

“The changes that my beloved Blazers request to me during this campaign, I will make sure that they are communicated to our SGA and administration,” Jackson said.

Previous Soul to soul: The Brush Up and Big Nick’s team up for Homecoming event
Next VSU’s new engineering technology degree coming fall 2020