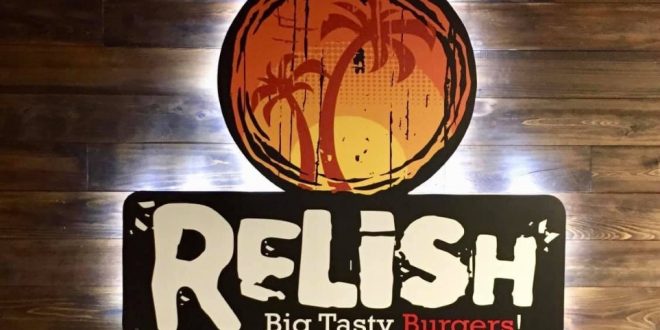 “Big Tasty Burgers!” advertises Relish. I’ll be the judge of that. Since 2009, Relish has established a decent reputation in the North Florida area. For its third location, the company set its sights on Valdosta.

The location already boasts a 4.8/5 rating on Facebook. With ratings like those, who could pass it up?

The interior of the restaurant was sleek and clean, full of a diverse crowd of students, parents and children.

It took about 10 minutes to receive my order, which is an acceptable amount of time to wait.

I ordered a single patty burger with a medium fried egg and cheddar cheese, sweet potato fries and a vanilla milkshake.

The burgers are made to order and you pick what kind of sauce and toppings you like. I decided that I wanted a garlic aioli spread and fried onions.

The total price of the food came to $15 which is to be expected from a restaurant of made to order quality.

The burger was well cooked, juicy and worth the hype. The aioli was rich in flavor and really brought the burger together. Everything within the burger was great and I would definitely go to get it again.

The sweet potato fries were good, not mind-blowing good, but good. They were a bit wimpy and warm as though they weren’t just freshly made. The thing that saved the fries was the curry ketchup.

I think the one thing that was a waste of money was the vanilla milkshake. It was plain and there was nothing special about it. I felt as though you could get that milkshake anywhere.

Overall, Relish is a pretty good burger joint and worth the time going. If I had to rate the place and food combined I would give it a seven out of 10.