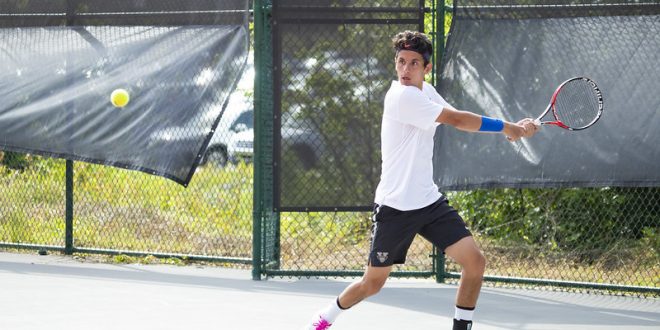 Senior Yohan Nguyen is one of many VSU senior student-athletes granted an additional year of eligibility to play next season due to the COVID-19 shutdown.

Some senior athletes have been given one more change to make their mark.

The NCAA has given all spring sports student-athletes an extra year of eligibility due to the COVID-19 pandemic sweeping the nation.

The previous rule stated that all student-athletes have a five-year period of eligibility. The change applies to those athletes whose eligibility would be exhausted after this season.

There were also financial changes made to allow teams to accommodate for the student-athletes financially. This includes increasing the number of scholarships and increasing the limit of players per team.

Herb Reinhard, the VSU athletic director, spoke about how the NCAA ruling will impact our sports and student-athletes.

“The challenge will be to fund the additional year of scholarship for the student-athletes that would have used their last year of eligibility,” Reinhard said. “We have approximately 24 spring sport student-athletes that have expressed some degree of interest in returning to play another year with about half that number from baseball.”

The baseball team had a 13-6 overall record and 4-4 in the GSC. Their bullpen was loaded with experience, so getting them back for one more year will help the team defensively.

Both tennis teams will see the smallest potential return of seniors, both having only one player eligible for the extension.

With the retaining of seniors and the incoming recruits come in for next year, some may think about how coaches will manage the change in roster. Reinhard sees no upcoming problems with how the teams will manage next season.

“Depending on the sport and the number of potential returnees,coaches could decide to recruit a smaller number of freshmen and or junior college transfers for the 20-21 academic year in order to manage their roster size and scholarship budget,” Reinhard said.

It is up to the discretion of the coaches of each team to determine how many more players they are willing to add to their team through returning seniors and incoming freshman.

For those who were looking forward to watching their favorite seniors play one last time, they still might have a chance.

2020-04-10
Kyle Grondin
Share
Previous How to stay productive during a quarantine
Next Covid comedy: Miss Rona ain’t here to play, but the internet is