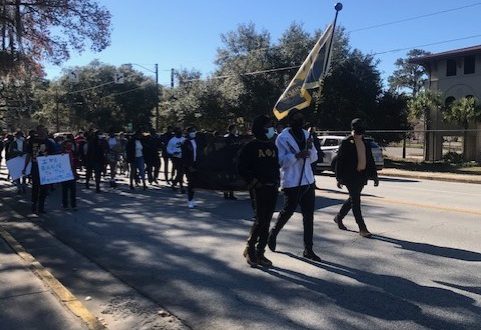 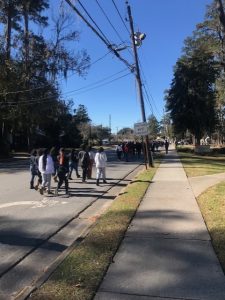 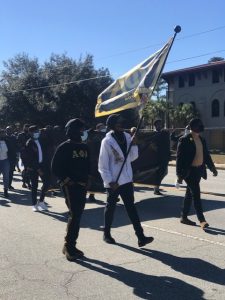 Members of the Mu Omicron Chapter of Alpha Phi Alpha Fraternity, Inc. led a large group of people from the University Center to Palms Quad. 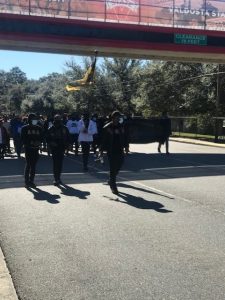 Joseph Mays, senior art major and member of Alpha Phi Alpha Fraternity, Inc. opened the ceremony with warm words and acknowledgments. He said that it’s important for his organization to honor their fraternity brother Dr. King because of the legacy he left behind and to promote the actions towards equality that need to be made today.

“Every year it seems like we go through different social injustices that just kind of get talked about for short amounts of time and then get swept under the rug, but this (event) is important to keep it fresh on everyone’s mind and that’s how we’ll get everyone to be a part of the action,” he said. 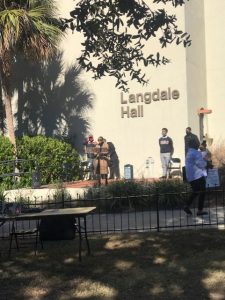 The celebration continued with a moment of silence and a selection of speakers who spoke about Martin Luther King and racial injustices throughout America. 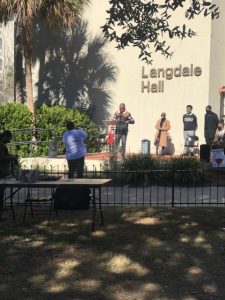 Roy Copeland, health care professor and founder of the Copeland Museum, was one of the speakers at the event and encouraged students to use their anger to work towards progression.

“We’ve got to get angry, we’ve got to get motivated and how are we going to do it? With young people,” he said. “Dr. King’s dream represents a hook for improvement for Black Americans.”

Copeland hopes his speech encouraged students to use Dr. King’s influence to further change in America.

“There is a Valdosta connection to the King legacy, and hopefully I encourage students to channel any negative angry adverse feelings they have into something positive, that’s really easy to do,” he said. 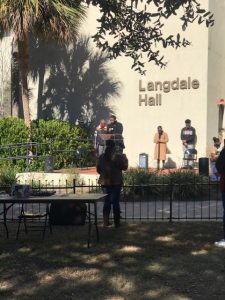 Tyrese Manigault, chaplain for NAACP and senior Public Relations major, closed out the speaker portion of the program with a prayer. After, Greek organizations a part of the Divine 9 and SGA hosted activities as part of the festival portion of the event. 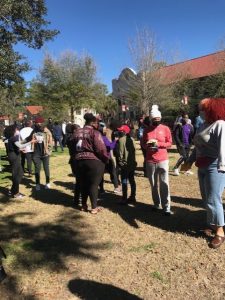 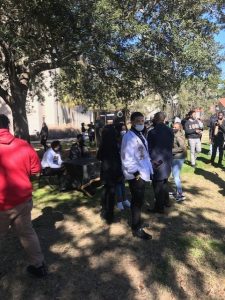 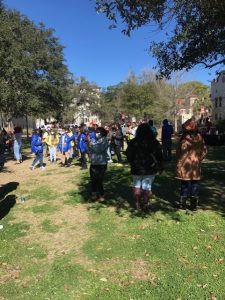 Dallas Armstorng, vice president of NAACP and junior computer science major, said that he hopes that by hosting the event his organization can impact students in a powerful way.

“What I hope to accomplish with my organization hosting this event today is to bring awareness and honor to the legacy of Dr. King and to learn from what he accomplished so we are not doomed to repeat mistakes of the past,” he said. “As a black man in America, Dr. King’s actions greatly influenced not only my life but my grandmother’s and parents’ as well which gave me the opportunity to hold positions I do today.” 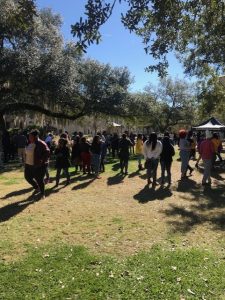 VSU President Richard Carvajal attended the event and said it’s important to celebrate MLK Day every year to further the fight for equality.

“This is really an annual occasion to come together and remember the progress that’s been made but to remember that the work must continue. The dream has not been achieved,“ he said. “Progress has been made to it and we’re proud of that progress, but folks gathered today as frankly they get involved in everyday and they continue the fight to make sure that we ultimately achieve the equality we all long for together.”