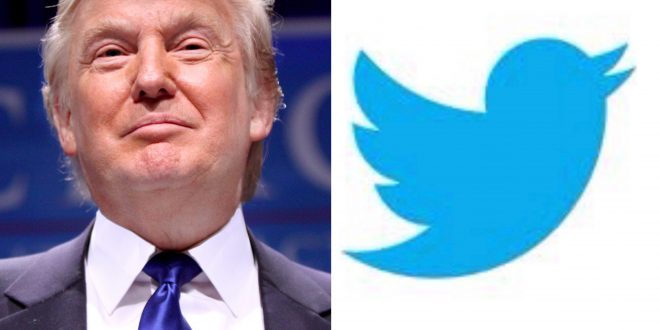 After the events that took place at our nation’s capital, many social media platforms have swiftly moved to rid Trump of his account.

While many Democrats praised this decision, other Democrats feel as though this action was taken far too late because Trump and his colleagues have spread false information on social media about the coronavirus pandemic, as well as claims of election fraud.

The president’s son, Donald Trump Jr., said in a tweet that the Big Tech companies, who restricted Trump from posting, have “eliminated the notion of free speech in America.” Andrew Black, professor of communication arts, believes this goes beyond just a First Amendment issue.

“I think the first thing is understanding that the issue is not a First Amendment issue,” Black  said. “The First Amendment protects a person from government action towards speech, assembly, redress, establish, and exercise.”

“We have to have peace,” Trump said in a video posted on Twitter as his supporters terrorized the Capitol. “So go home. We love you. You’re very special! Remember this day forever!”

In a statement made by a Twitter admin on Jan 8, it was made clear that the platform does not condone anyone who uses their account to incite violence.

“We have permanently suspended the account due to the risk of further incitement of violence,” a spokesperson for Twitter said.

Many Americans are becoming worried that the president and his administration will move to other social media platforms, followed by their supporters and continue to promote violence.

On June 25, Senator Ted Cruz announced that he would be moving to the social media app Parler, which can be compared to Twitter and Instagram. Some conservatives followed, claiming that free speech is in jeopardy and that it will be protected on Parler.

Since then, Trump’s son-in-law, Jared Kushner, who works as the president’s senior advisor, moved to block Trump from signing up for other social media platforms to regain access to the American people’s social media feed.