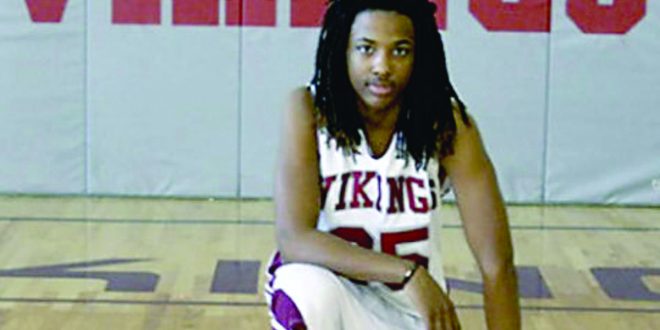 In January 2013, 17-year-old Kendrick Johnson was found dead, rolled up in a gym mat upside down at Lowndes High School in Valdosta, GA. On March 10, eight years after the initial incident, the case is reopened.

Lowndes County Sheriff, Ashley Paulk reopened the case due to receiving new documents he requested from federal investigators two years ago after being denied access the first time he inquired on them in 2019.

According to CNN, the Lowndes County Sheriff’s Office closed the case after a Georgia Bureau of Investigation autopsy found that Kendrick died of position asphyxia.

Johnson’s parents, however, did not believe that justice was served and went on to have a second autopsy performed by a private pathologist. The results show that his death was unexplained with blunt and forced trauma that could not have been accidental.

There are 17 boxes of documents including new evidence such as computer drives. Sheriff Paulk will be working with multiple people involved in the case as well as other law enforcement offices to review all of the information on the case.

The case of Johnson’s death stirred shock and anger through media for years. In June 2020 there were many petitions on Change.org being shared through social media platforms reaching big influencers like Kim Kardashian to help reopen the Kendrick Johnson case.

VSU students are also intrigued by the case reopening and look forward to the new information.

“I’m glad its reopened because I’ve been hearing about it for a long time and it’s sad that after all these years there hasn’t been any justice for him and his family,” Angelica Cason, a junior health science major, said. “I don’t understand how the people that did that to him have been able to live their life in peace when they know that they murdered someone. So I just really hope and pray that he gets the justice he deserves.”

Some students also believe that the previous case information was not believable.

“I think it [reopening the case] might be a good thing, it seemed kind of muddy before and now all this information came out so we can get more information for it,” Brett Joyal, a junior computer science major, said.

According to Fox 31, “The investigation is expected to take at least six months as Paulk says he does not want a rush to judgement in the case.”