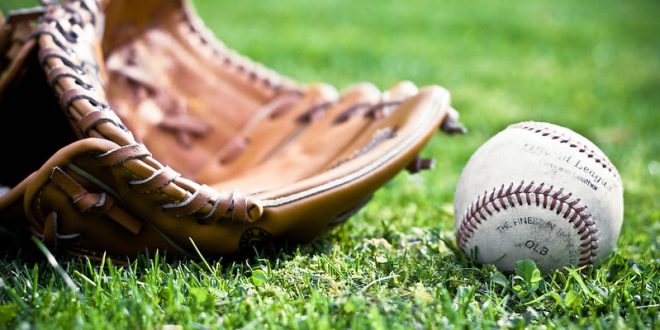 He steps up to the pitcher’s mound. The world around him goes silent. He tunes out all the cheers and jeers from the stands. His mind goes almost completely blank.

Even as an applied mathematics major, he isn’t thinking about numbers or probabilities as they pertain to baseball. All he is thinking about is making sure he slings a fastball with his left arm and strikes out the batter standing at home plate.

His opposition has changed drastically over the past year, but that’s the thing about an athlete’s opponents. They always change, no matter the sport. Only this time, his opponent was bigger than his 6-foot frame. It was bigger than all of sports and life itself.

Valdosta State senior pitcher Zach Blankenship has put in countless hours trying to hone in his craft. He has an unrelenting passion for the game of baseball. He has embraced the role of an underdog from his days playing T-ball. He sleeps with a baseball in his hand to improve his grip. He takes in 3300 calories of food a day just to maintain his ideal weight of 225 pounds for baseball.

To him, the 2021 baseball season is a second chance. A chance to finish his collegiate career the right way. The way he, and athletes all over the country, were denied in 2020.

It is March 12, 2020. Zach and the rest of the team are on their way to Jackson, Tennessee to face Union University in a three-game series.

The coronavirus pandemic had already gone global but had only recently began spreading its way through the United States. The number of cases were increasing at a rapid pace, causing sports leagues to postpone or cancel their seasons altogether.

The NCAA hadn’t officially pulled the plug on winter sports championships or spring sports seasons. On the bus ride to Jackson, however, the team watched as one by one, games across all divisions of competition got cancelled.

It wasn’t until the 6-hour mark of their 9-and-a-half-hour bus ride that their series against Union was called off. The following day, the NCAA shut down all competition in compliance with the U.S. government declaring COVID-19 as a national emergency.

“It was quite miserable,” Zach said of the bus ride back to campus.

The 2020 season was supposed to be Zach’s final collegiate season. The team was devastated. The sport they loved playing most. The season they had already started. The practices at the field where they got to spend time together. All gone in an instant.

As things stood at that moment, Zach’s collegiate baseball career was officially over. All the time Zach had spent playing baseball since he was 10 years old appeared to be all for nothing.

He had come such a long way from his T-ball days.

“I was never really good when I was younger,” Zach said. “So, I kind of just sat the bench my whole life. It wasn’t until high school that I really [began playing baseball]. I wasn’t going to try out for the high school team, actually, which kind of chokes me up to say, because I don’t think back on it too often.”

For the first time in a long time, Zach, along with the rest of the team had nothing going on baseball-wise. There were no practices. There were no games to look forward to. It was a welcome break—at least for a short while.

“For like the first week, it was almost like another summer break,” Zach said. “Being a baseball player, you don’t get a ton of breaks. You’re always playing summer ball; it’s year-round. This was like the first time that we any of us really got a break. We came back home, and we went to the pool together.”

Then the reality set in. Zach faced a second opponent: boredom. Zach wasn’t alone in this battle. The entire baseball team had to find new ways to channel their energy in this sudden lull.

This was the reality every athlete at VSU had to go through. Football players watched as their spring and summer training dissipated right before their eyes. Basketball players lost their chance to compete in the postseason. Softball and tennis players were in the same boat that baseball players were in.

Still, in the wake of the lost season came a glimmer of hope for Zach and many athletes. Hope that things would get return to a sort of “normal” and that the pandemic would soon be over. It had been announced by the NCAA that all spring athletes would get a free year of eligibility following the cancellation of spring sports.

A new flame had been ignited under Zach. He decided to make the most of a potential second chance. He showed a passion to improve his craft that helped inspire some of his teammates to do the same.

Unfortunately, all on-campus physical activities—practices, weight sessions and training—remained on pause. Anything that Zach and the other players did was entirely on their own accord.

“We weren’t allowed to be at the field,” Zach said. “The NCAA had said that nobody could show up to the field; the guys weren’t allowed to hit in the cage. We wanted to keep arms in shape. Some of my buddies and I would go up to like the rec league soccer field here at VSU, and we’d

throw on the soccer field and stuff. You just kind of found a field where you could get some work in.”

Zach also had backup plans to come out on top against his opponent—if his “redemption season” were to also be cancelled.

“I was fully prepared to try and get an independent league contract, which is like a subsection of Major League Baseball,” Zach said.

As the summer rolled on, however, things stilled looked dim. The pandemic wasn’t going away anytime soon, and fall sports were fast approaching.

VSU began making its own adjustments for the upcoming academic year, putting in several mandates to help protect students while also remaining open to face-to-face learning. This also included changes made specifically for student athletes.

The changes ranged depending on the sport, though a common theme across all sports was a mask mandate at practices and social distancing guidelines for games.

Student athletes didn’t just have to adhere to university guidelines. The Gulf South Conference and NCAA also made their own guidelines, with the GSC also including guidelines for. competition requirements (i.e., minimum number of position players required, scheduling guidelines, etc.). The baseball players themselves made a “no going out” policy—an extra precaution to make sure no one became a super spreader.

Zach reluctantly agreed to that player-made policy, knowing he was throwing away his social life for much of the next year. The players also were not the biggest fans of having to wear masks during practice.

Even with the announced protocols, uncertainty remained. Entire seasons were up in the air, with players and coaches alike hoping to have a season.

That’s when the NCAA made their first major decision regarding a return to play. On August 5, 2020, the NCAA Division II Council decided to cancel all fall sports championships. Alleviating the pain was another announcement granting fall athletes an extra year of eligibility.

Another point for coronavirus, 2-0.

While baseball remained unimpacted by the announcement, a shockwave was sent across all athletics. Even though VSU athletic director Herb Reinhard hadn’t officially ruled out having seasons of some kind for fall sports, it was highly unlikely that they would take place in Fall 2020.

Winter and spring sports athletes watched anxiously, hoping for a sign that meant they would have a season to look forward to.

That sign arrived on October 14, 2020. The NCAA had made another decision: They granted all student athletes a free year of eligibility. It was an unofficial green light from the NCAA. College sports were about to return.

Zach felt a stress being lifted. That glimmer of hope had turned into a light beam. There were some lingering concerns for Zach though.

While there was hope that there would be a baseball season in 2021, the NCAA was keeping tight lips about everything. There was also the matter of a new president that concerned Zach and the team.

“We kind of had to react to our environment and pick up hints from that, because the NCAA didn’t provide us too much information,” Zach said. “And then for a while, Biden was saying he was going to close down a bunch of stuff. So, we thought after the election [that] our season might get banged.”

Thankfully, despite receiving little information about the season from the NCAA or school administration, the baseball players were kept in the loop by head coach Greg Guilliams.

“I just think that with everything going on, it is best to be transparent with the guys about the changes,” Guilliams said. “The guys are young adults, and I decided that I was going to treat them as such.”

The athletes’ worst fears were quickly put to rest. Their seasons remained on go.

Another win for the athletes. Things are now knotted at 2-2.

Restrictions and guidelines remained in place, and the baseball season wound up being slashed by 20%, but it didn’t matter to Zach. Fate had given him, the baseball players, and winter and spring athletes a second chance.

Zach’s demeanor never wavered throughout all this. He still sleeps with that baseball. He still takes in his 3300 calories. His passion for baseball is greater than ever.

“Zach is a man of faith,” Guilliams said. “Things don’t phase him. His passion is why the players voted him as a team captain.”

Even though the pandemic took a lot away from him—his 2020 season, his social life and even his free time after classes—it was never able to take away that demeanor.

And for that, Zach, as well as the athletes, were able to prevail over their toughest opponent yet. Final score: 3-2 athletes.