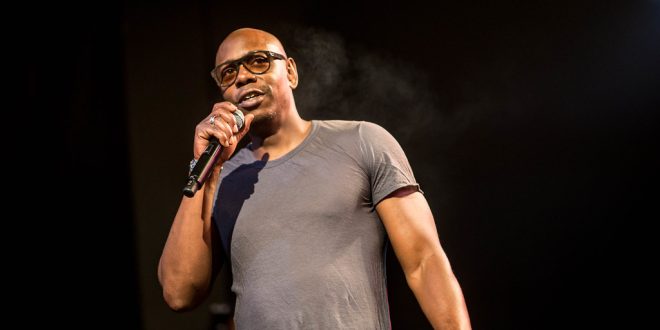 Dave Chappelle, a celebrity that isn’t a stranger to controversy, recently received backlash from the LGBTQIA community after the release of his recent comedy special on Netflix, “The Closer.”

During his stand-up special, Chappelle responded to some questions concerning his jokes for the LGBTQIA community. He cleared up the air on his relationship and how he feels about the community.

Chappelle has also gone far as to say, if it is what backlash is about, then he loves the attempts to get his show cancelled.

The showrunner of “Dear White People,” Jaclyn Moore, wrote a thread of tweets online conveying her feelings when watching the special.

She also talked about how she couldn’t support Netflix profiting from what Chappelle said in his particular.

“So when he says people should be mad a trans women won a “Women of the Year” award . . . When he misgenders . . . When he says he should’ve told that mother her daughter was a dude . . . I just can’t be a part of a company that thinks that’s worth putting out and celebrating,” Moore said.

Another person that has been at the forefront of the backlash of Chappelle is Netflix employee Terra Field. Field also posted multiple threads listing names of trans people killed or suffering from violent attacks against them.

However, many fans have been disagreeing, explaining that Chappelle is a comedian and defending his art form. His job was to make people laugh, and it was executed. It also conveys that people shouldn’t get so offended over the jokes Chappelle makes.

One TikTok user, tilltm, went as far as to break down why his special wasn’t directed at all to the LGBTQIA community. The creator explained that the community has given white people a chance to be white or to be a real minority.

She explains it gives them the decision to be white one day or gay the next day. She also goes in-depth on Chappelle’s special, and he had to take the time to actually explain the joke, so people wouldn’t misinterpret what was being said.

“[His] problem is the white people, whether they are gay or not, are able to choose when they want to be a minority or not,” tilltm said in the TikTok.

There is a distinct split down the middle on how people feel about the comedian. Many go back and forth on whether his jokes were offensive or if he was just doing his job.

Chappelle claims he has never had a problem with transgender people but with the white people.