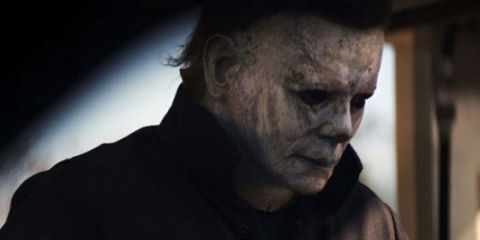 Michael Myers strikes back in ‘Halloween Kills’. After the ending of the ‘Halloween’ film in 2018, Myers has returned to terrorize those who escaped him.

Laurie Strode (reprised by Jamie Lee Curtis) and her granddaughter, Karen Strode (Judy Greer), flee from the blaze in the previous film’s finale, pursued by Myers, as they attempt to get away from what can only be assumed to be another night filled with vengeful slaughter.

With graceful participation by the songwriter, John Carpenter, and direction by David Gordon Green, the film investigates the traumatic leftovers of the people who were involved in the original films: Laurie, Tommy and many others who were left to pick up the pieces of themselves after their personal encounters with the Haddonfield Boogeyman.

Picking up right where the previous film left off, Myers has escaped the trap that Laurie has spent years crafting especially for him. Upon their arrival to the hospital to take care of Strode’s knife wound, unknowing emergency services have arrived at the house to attempt and stop the fire, unintentionally allowing for the release of Myers.

However, once the word of his escape becomes evident, 40 years has been long enough for the residents of Haddonfield, where they take the reins from Laurie in order to put him in the ground once and for all.

The film’s score was probably one of the best things about it, as the original composer returns to his magnum opus. The creeping dread that follows the film and infects the audience is palpable and intense.

The reputation of Myers as an unstoppable spree killer oftentimes overrides any ideas about the characters surviving, which ruins the surprise. However, that might be my only problem with it.

The gore was delightful, and the visuals were beautiful. Green added a particular flavor to the film, which we now get to see beyond Myers’s spree killings and into the impact he has had on the lives of his victims and their families.

The second film in the ‘Halloween’ revival series ramps up the scares and the blood, just as horror fans would come to expect from the father of slashers himself and takes extra care to leave a lasting impression.

In a series that has become overdone and overzealous, adding cults and devils, this is a refreshing gaze into what Michael Myers was meant to be: a hulking, unstoppable shape with nothing behind his eyes.