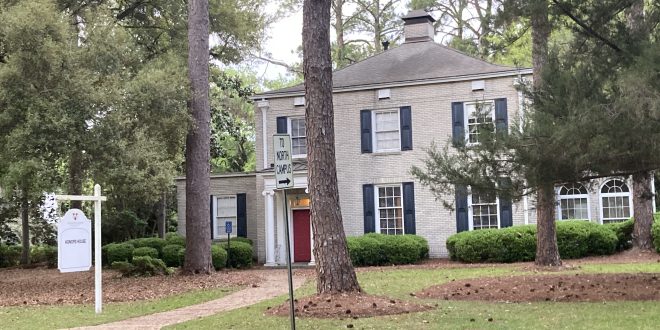 VSU has opened their application period for the Harry S. Truman Scholarship program for students who want to pursue in graduate school or professional education.

According to Truman.gov, the Truman Foundation was created by Congress in 1975 by President Truman as a memorial for him and his Public Service to the nation.

Benefits of the program include generous financial support—up to $30,000 in scholarships—for Truman Scholars pursuing graduate or professional education. Other benefits include employment and internship opportunities with the federal government.

“There are two steps in applying for this,” Joseph Robbins, Department Head of Political Science, said. “First, interested applicants need to go through the campus selection process and complete the online form. Second, for the student selected to be our campus nominee, there is a lengthier application process.”

According to the program site, there are four areas of criteria: extensive record of campus and community service, commitment to a career in government or the nonprofit and advocacy sector, communication skills and a high probability of becoming a “change agent” and a strong academic record with likely acceptance to the graduate school of the candidate’s choice.

If VSU selects a nominee, then another application must be submitted with the following: a completed application, three letters of recommendation, nomination letter from VSU, list of activities and awards earned, policy proposal, completed narrative responses and all college transcripts.

“We have not yet had a Truman Scholar since I’ve been here,” Robbins said. “This will be the third cycle that I’ve led and our previous two campus nominees have been Cordell Moats and Laura Northrop.”

The VSU application deadline is Dec. 3rd. Materials must be submitted to VSU’s Truman Scholar website.