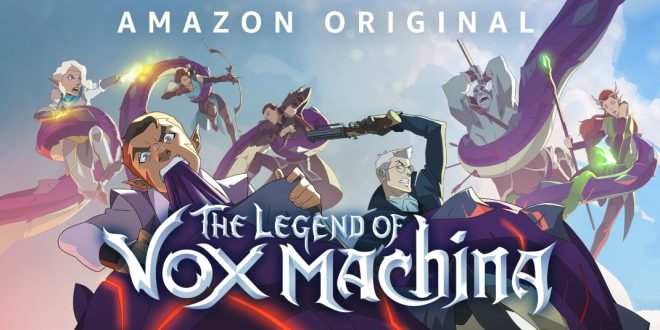 Amazon Prime Video has announced “The Legend of Vox Machina” has been confirmed for a second season after the end of the first season.

“The Legend of Vox Machina” is a new animated show from Amazon Prime Video that follows a group of adventurers and their misadventures as they attempt to make a name for themselves. The show follows the plot of the popular “Dungeons and Dragons” series, “Critical Role,” which stars several famous voice actors like Ashley Johnson, Matthew Mercer, Laura Bailey and Liam O’Brien.

It was announced during a livestream that Amazon had agreed to give the show an animated short, but it would have to come out of pocket for the creators. The cast decided to thank their fans by giving them a say on how much they wanted the show and used donations and sales from merchandise to fund the two completes seasons and possibly a third.

Fans funded the show’s first season through Kickstarter with a goal of $750,00, but became one of the fastest growing Kickstarter campaigns in the company’s history by surpassing their goal within an hour. By the end of the initial date, the shows fans had raised over $11 million.

The show’s first season features a high-fantasy setting, with the live shows returning for their roles like David Tennant, Stephanie Beatriz and Esmé Creed-Miles. While the show features a lot of crude humor and violence, it also includes a lot of lighthearted moments and stunning animation.

The first season was wildly popular with a 4.8-star rating on Amazon Prime Video and a 94% audience rating on Rotten Tomatoes. With the popularity being so high and the demand immediately ushering in a second season, fans are eager to see what the directors have in mind.

Previous VSU softball wins 3 of 4 to close out road trip
Next Photos: VSU after dark