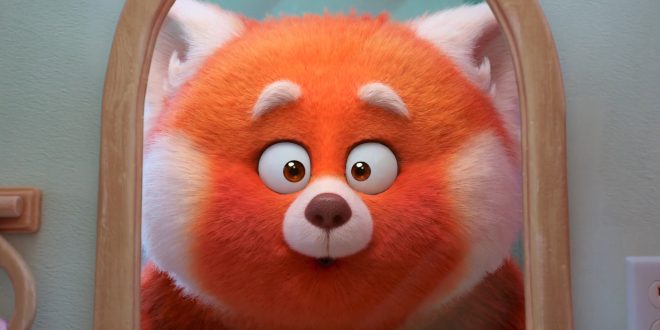 “Turning Red” was released March 1 on Disney Plus, immediately earning millions of views from all ages.

The movie is based in Toronto, Canada and follows 13-year-old Chinese-Canadian, Mei Lee, where she becomes a red panda when she can’t control her emotions. The movie shows the struggle of growing up in a traditional family while balancing family honor and honoring oneself.

The movie has been in development since 2018. It is important to note that this movie is the first-ever Pixar movie that was completely directed by an Asian woman, and only the second movie to have an Asian lead character.

What is the big deal?

CinemaBlend released a statement calling the movie “sexist,” “racist” and more by members of the press. The review has since been taken down after being called out by Pixar, and members of the “Turning Red” cast.

The movie’s main focus involves Mei trying to contain her red panda as she learns how to control her emotions as she faces normal life challenges.

Many parents seem to be upset that Mei is ‘boy crazy.’ However, this is not the only thing the film focuses on that is getting parents’ attention.

The movie is one of the first Pixar movies to ever directly mention menstruation by showing pads on the screen, but not saying “period.” It also shows Mei and her friend’s love of a popular boyband, 4 Town and dives into her developing a crush.

“I don’t really understand why people are calling this movie controversial,” Keimani Wilson, a sociology major, said. “There are tons of coming-of-age stories that involve puberty and those haven’t caused any backlash. I seriously think it is because this movie, in particular, is a metaphor for starting a girl’s period and some people just aren’t used to something like that being in their faces.”

The film does not shove these life experiences in viewers’ faces but takes on a careful and playful view of growing up. It shows the importance of communication, friendship, family and growing up.

“Turning Red was a great movie for social progress, specifically young women,” Nick Palefsky, a criminal justice major, said. “The subject of puberty is almost never discussed until way after a teen has experienced their worst moments. The film is a progressive Masterpiece that opens up the topic to all people, in a fun and non-aggressive way.”

Previous Dixie Cream Donut Shop is a fan favorite in Valdosta
Next The act of queerbaiting: Why is it so bad?