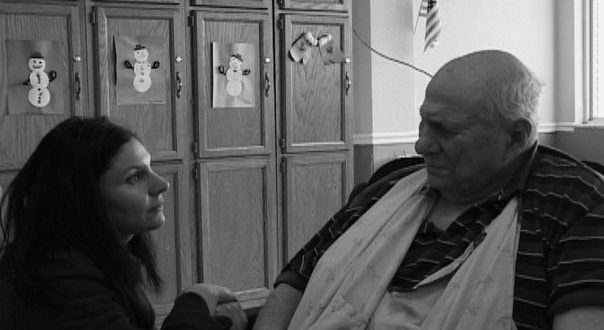 People from all walks of life traverse these VSU halls. While they may all seem like everyday students, faculty and staff, you may never know whether your dance professor is just somebody with a master’s degree, or say, a direct descendent of a professional football legend.

The latter is the case with assistant Professor of Dance at VSU, Melissa Pihos. Melissa has been dancing since she was two for numerous theaters in her 20-plus years of professional dancing.

Melissa is also the daughter of NFL Hall of Famer, Pete Pihos. She has also produced award-winning films relating to her father, his life and his battle with Alzheimer’s and her own dance.

“People just don’t know about the faculty here and some of the things they do — the legacy of the faculty,” Melissa Pihos said.

The Pihos name adds a tremendous amount of legacy to the VSU faculty. Melissa’s father more or less invented the tight end position while playing for the Philadelphia Eagles from 1947-55.

Pihos played in an era before tight ends existed. So, the 6-1, 210-pound NFL player lined up on both sides of the ball as an ‘end’ for the Eagles, with whom he played his whole career for and won back-to-back NFL championships with in 1948 and 1949.

“He’s in the Hall of Fame as an end, but he’s on their t-shirts as a wide receiver, which I think is interesting because he was definitely playing tight end,” Melissa said.

Whatever position he was listed at, the “Golden Greek” as he was known, was a premier athlete and one of the best pass-catchers of the era.

“I never dropped a pass, period,” Pihos said in an interview with NFL Films in 1999. “If they hit my hands, it was caught.”

His indelible work ethic and all-business attitude resulted in him being one of the strongest and most sure-handed players in the league, someone who was almost impossible to take down in the open field.

That determination must run in the family.

“It was really interesting learning about how serious he was in the locker room and on the field because I’m sort of that way with dance, so I’m like I must have gotten that from him,” Melissa said. “He was really serious. He was there to do his job, he wasn’t there to you know, entertain everyone… He hated showboating.”

The ‘Golden Greek’ was proud of at least one thing: his heritage.

“His parents are from Greece. He never went but he was able to send my mom and I,” Melissa said. “So, dad was very proud of his Greek heritage and that’s another thing he instilled in me too was being proud of my heritage.”

Before going to the NFL, Pihos spent four years tearing up the college ranks for the University of Indiana. There, he honed his bruising running style as a three time All-American and four time All-Big Ten fullback for the Hoosiers.

He also broke numerous records at Indiana, including scoring, touchdown and reception records.

His four years at Indiana were split by World War II, which he served for just over 20 months and was awarded the Bronze and Silver Star medals for bravery under General George S. Patton before returning to Indiana for the ‘45 and ‘46 seasons.

“Everybody that I interviewed, I would ask, ‘Did he [Pihos] ever talk about World War II?’ and they’re like ‘no’.” Melissa said, describing how her father’s teammates never heard him talk about his time spent overseas. “I just know he left college and went and fought and then he came back to finish college. A lot of his team, that 1949 championship team were in World War II, Like Chuck Bednarik, who’s also a Hall of Famer.”

Pihos only missed one game in his nine-year professional career, establishing one of the truly great ironmen careers in the history of the NFL. It’s safe to say Pete Pihos fought and won in many battles, his most important one, however, would come later in life.

“He had a really, really cool story. He had been through a lot of battles in his life. But Alzheimer’s was his biggest battle.” Melissa said. “He was always just really positive, really supportive, he supported everything I did even all the way through Alzheimer’s.”

Pihos passed away in August of 2011, but his story is as alive as ever through his daughter. Not only through her films and other media, but she’s also involved in volunteering and teaching relating to cognitive disorders.

“Now I’m teaching improvement classes at the Turner Center for the Arts on Monday and then I teach a Zoom class called Parkinson’s Dance,” said Melissa. “You see people that are visibly shaking before we get on, and then they’re moving and walking around.”

Previous The act of queerbaiting: Why is it so bad?
Next Blazers down Flagler, 9-5, in midweek showdown