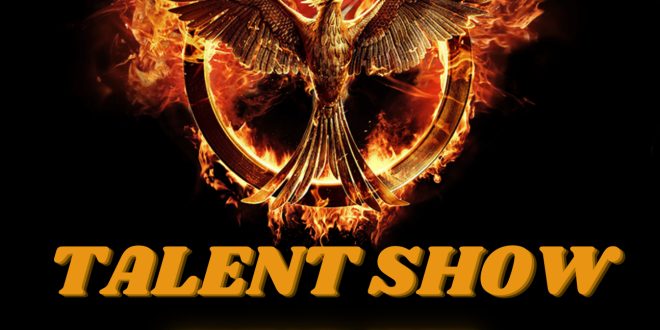 There were four judges for the talent show:

There were eight acts in the talent show, including dancers, singers, rappers, instrumentalists, and poets.

The first-place winner was Armisya Randolph, a senior dance major who sang and danced to a “Euphoria” inspired piece.

“This is surreal,” said Randolph after being awarded. He admitted that he was nervous and said that all the other acting did amazing as well.

The second-place winner was Myll Calixte, a freshman music major. He sang “Don’t Let the Sun Go Down” by Jamie Foxx while playing the piano.

“I’ve been playing [piano] since I was five years old,” said Calixte. His dad taught him how to play.

The third-place winner was Zyaria Wright, a sophomore psychology major. She performed an original poem titled “L.O.V.E.” inspired by the Nat King Cole song, which she also sang parts of.

“I decided to choose something and give it my all,” said Wright, and poetry is what she chose.

The winners won trophies and prizes. All three winners received candy and accessories like bags and t-shirts.

Randolph, as first place, also won a Roku TV, a Crosley turntable, a Prince album, and a weighted blanket.

The other acts included Shak, a rapper who performed two original songs “For You” and “Extendo”; Mario Price, a dancer and model; Afiya Blackman, a singer and instrumentalist who sang “Happier Than Ever” by Billie Eilish while also playing the ukulele; Marcellus, a singer who preformed “Pick Up Your Feelings” by Jazmine Sullivan; and Travion Ellis AKA “Tray Sensations,” a rapper who performed two original pieces “Shooting Star” and “One Night.”

The room was packed with VSU students who came to support their friends.