Home / Entertainment / New music to add to your summer playlist 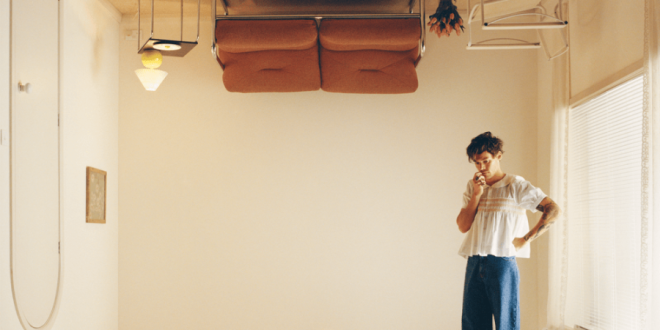 New music to add to your summer playlist

With Summer right around the corner, everyone wants to know the music coming out and the music already out and ready to add to their summer playlist.

Miley Cyrus’s new album “Attention” came out April 1. It features everything Miley Cyrus from her iconic old songs like “7 Things” and “The Climb.” As well as her newer era like “Bangerz” and “We Can’t Stop.” The album does not stop here with more music from her new punk era.

“I am already jamming out to this, it is perfect for windows down, music up weather,” Kennedy Johnson, a psychology major, said.

Miranda Lambert releases her new album “Palomino” on April 29, which marks Lambert’s first solo album since 2019. She has already released two singles for this album, “Actin’ Up” and “Strange.” The album is highly anticipated, with a cover of Mick Jaggers’ song “Wandering Spirit” and a guest appearance of the B-52s.

On April 1, Harry Styles released his new single “As It Was.” The song became a hit overnight and is currently number 1 on Billboard’s Hot Trending Songs. The song is the lead single for his new album “Harrys House.” The album will officially be released on May 20, perfect for the Summer.

Another highly anticipated album for this summer is Jack Harlow’s “Come Home The Kids Miss You.” The album has become even more exciting after Harlow released a snippet of the lead single, “First Class” on TikTok. The song will officially be released, as well as the album, on May 6.

An already out but iconic album for Summer 2022 is “Hot Girl Summer” by Meghan Thee Stallion. While this album has been out since 2019, it has not lost its sparkle and has earned its name on many playlists. The album has earned a name for itself as an official summer song, no matter the year.

After three long years without Lizzo, she announced a new album, which she teased the album with the release of the lead single “Rumors,” putting her right back on the charts. The album is set to be officially released on April 14th.

“I am super excited for this album, it has been too long without new Lizzo,” Miriam Flores, an early education major, said.

Staying with iconic already released songs, Doja Cat’s music is perfect for Summer 2022. Her music is still on the Billboard’s Top Hits and has not lost its place so far. From the album “Planet Her” to her iconic hits like “Kiss Me More” with SZA, her music stays iconic.

Doja Cat is iconic, and has stayed on the charts constantly. Her music is definitely still worthy for Summer 2022,” Daniela Gomes, a freshman criminal major, said.

An up-and-coming artist that is making moves in 2022 is Tia Verdes. His album TV, released in 2021, gained traction last Summer with “A-O-K.” The song is still on the charts , already becoming a 2022 Summer song.

Finally, an anticipated album that might come out just in time for summer 2022 is by SZA. On April 4, SZA said in an interview during the Grammys that her new album is “done” and “coming soon.”

She has already released songs worth mentioning with summer vibes such as “I Hate You,” “Good Days” and “Kiss Me More (With Doja Cat).” So, while this may not be known, fans are excited and hoping it will release right in time for this Summer.

Previous Grammys 2022: Snubs vs Dubs
Next Doja calls it quits