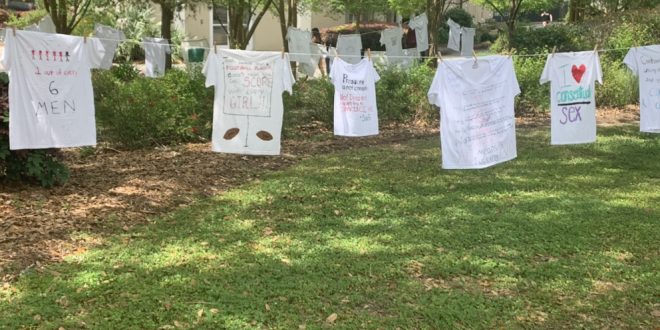 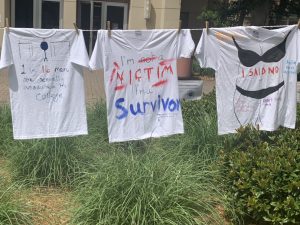 On April 13, The Haven displayed the Clothesline Project, an installation presented with the purpose of raising awareness for sexual assault survivors on college campuses.

The event lasted until April 15, and survivors were invited to paint a shirt with a message on it about their experiences.

Some of these shirts directly called out their rapists. Others were messages of hope to other survivors, reaching out to let them know that there are resources.

They also provided flyers and brochures containing resources for survivors, as well as ways to donate and spread the word about it.

“We’re spreading awareness about statistics and survivors and let them know they’re not alone, and they don’t have to keep quiet about it, and that it’s not their fault,” Hannah Beaulieu, an advocate at The Haven, said. “We’re trying to remove the shame from the victim.”

Ebony Alexander, a sexual assault mobile advocate for The Haven, said the easy part is hanging the clothes on a line to display them.

“Part of it is the removal of blame from the clothing of the victim,” Alexander said. “You can be wearing anything.”

The Haven is a non-profit organization founded in 1985 that is dedicated to bringing awareness to sexual assault and domestic violence and providing resources to survivors.

The Haven has served the community for decades. Their mission is to help survivors and provide assistance where they can. 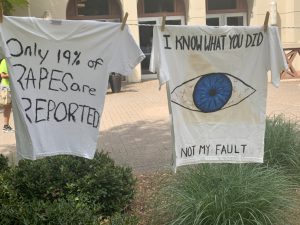