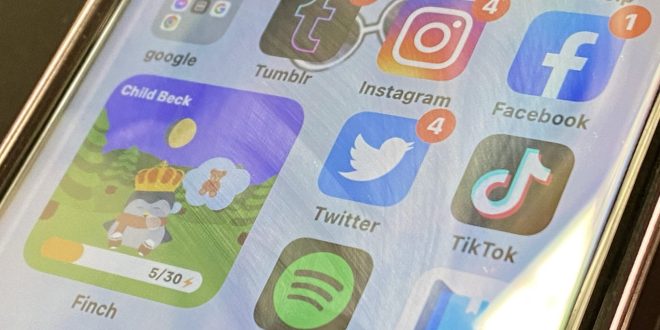 One of the greatest inventions in the past few decades is the internet, which allow people to google answers to questions and watch cat videos. When social media became popular, it opened a wide door of possibilities.

First came Myspace, then Facebook, then around 2010, there came a plethora of social media websites and apps. Alongside the social media explosion came an explosion of mental health problems.

Social media is a wonderful place to be open about mental health, but it’s also a place that can cause negative mental health problems.

At the Spectator, we think that there should be some kind of education on the dangers of social media.

People can encounter various topics and types of people online, which means that they could be exposed to cyberbullying and negative images.

Social media makes it easier for people to bully others since they can hide behind a screen and make a comment on a post. According to Pew Research Center, 59% of teenagers experienced some form of cyberbullying.

There are also accounts dedicated to showing negative sides of issues such as eating disorders, drug use and depression, which could also influence people.

When exposed to these things, people will naturally compare themselves to others, causing them to feel negatively about themselves or how they look.

It’s hard not to focus on the negative parts of life, and constantly seeing negative things on social media doesn’t help.

There isn’t one true way of helping with this issue, but educating others and understanding the impacts of social media could help. People should know how social media could negatively impact their mental health. When they encounter something negative, learning coping mechanisms or avoidance techniques could help.

In the digital age, people need to adapt to new technology, but they shouldn’t be blind to the negative things they may come across.