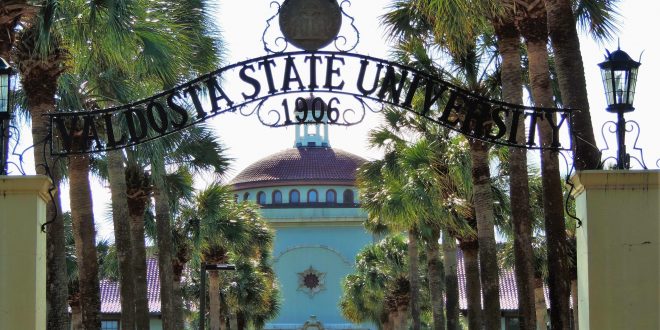 The Faculty Senate discussed several topics during a meeting held on April 21, including the issue of parking on campus.

The parking issues did not pertain to lack of parking, but statistics show that more parking is available to students with permits. A graphic was shown that indicated that students are buying fewer parking permits in the last couple of years.

There are also statistics showing that more parking citations have been given in the past couple of years throughout for “out of assigned areas.”

This has led to VSU taking a closer look at the statistics and thinking of ways to solve these, which they decided to focus mainly on student parking.

They have proposed a couple of things to solve these issues, one being eTicketing starting summer 2022. This is the process of giving tickets virtually rather than having officers on campus put a physical citation on cars, which would allow easier ticketing for officers.

Other solutions proposed were increasing parking citation tickets by $10 and researching LPR technology for the larger lots on campus.

According to www.passportinc.com, LPR technology is “license plate reader software” that utilizes “cloud-based technology [that] makes citations easier to view and pay.” This is being done due to more and more “out of assigned” parking areas having increased citations.

Shannon McGee, who led the parking discussion during the meeting, said that the majority of tickets are given during the spring in the perimeter lots.

These new solutions are being put in place to “deter students from parking in places they should not” and will have a “zero-tolerance policy,” according to McGee.

Students had a lot to say when it came to these new policies.

Miriam Flores, an early education major, said she already paid $75 and is struggling to find parking daily on campus.

“I will have to pay it again next year,” Flores said. “That is not normal college kid money, not to mention the tuition we are all paying. For all the money we give to the school, we should not have one main parking area that is a 10 to 20-minute walk from class, especially if it’s a day when we only have one class.

According to Flores, raising the cost of tickets won’t refrain students from parking in these spots but will make them more frustrated.

Daniela Gomes, a freshman criminal major, said campus already has an issue with parking and the university should not punish students.

“The university should be working towards offering easier and better parking,” Gomes said. “The school wants money . . . that is it. We have already given them a ton of it, and they still haven’t offered any better parking to us. I think this is only going to make students more upset. It is not going to deter anyone from parking in easier places.”