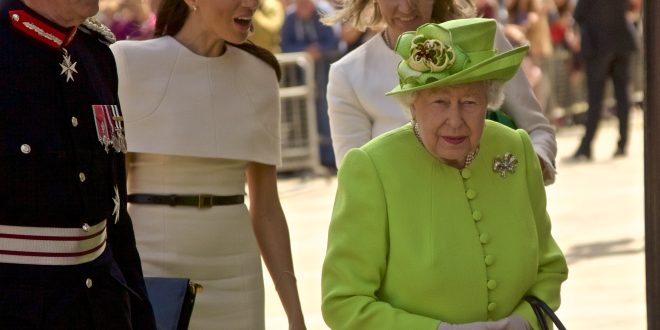 Queen Elizabeth II passed away at Balmoral Castle in Scotland early this afternoon. The news follows a statement from Buckingham Palace that her health was being monitored early this morning. She was 96-years-old.

Her son Charles, heir apparent, has taken the throne as King of England.

In a statement from Buckingham Palace, the King announced his mother’s death is “a moment of great sadness” for the royal family, but they are comforted knowing how respected and affectionately held she was by people around the world.

Elizabeth II, who took the throne in 1952, ruled for 70 years. She served as the pillar of England’s monarchy and was a symbol of stability for the country for the duration of her rule. She oversaw the appointments of 15 separate Prime Ministers, her most recent being two days ago.

Queen Elizabeth was the monarch who helped to bring the royal family into the modern day and has withstood familial scandals and global change.

England has begun the formal succession for the Queen’s passing, a process that will take ten days to complete.

“Her Majesty Queen Elizabeth II was more than a monarch,” President Joe Biden said in a statement regarding her passing. “She defined an era.”

Her death, as with her life, has impacted the world; though, not everyone shares in mourning. Despite the gravity of the situation, memes and quips regarding her death have begun trending on the internet. YikYak, a localized and anonymous social media platform, has been one of these places for VSU.

“About to get up from my seat in class that hasn’t started yet bc the Queen just died,” an anonymous VSU student posted. “Didn’t even know or meet her and I’m not British but I need a personal day now.”

Outside of social media, however, students are still just as vocal about the issue.

“I think it will hinder the British briefly, but in the long term it’ll help with unification,” James Nix, a junior computer science major, said.

“I’m indifferent about it,” Janell Meronvil, a freshman engineering major, said. “I mean it’s sad that she’s dead, but as a whole it was expected.”