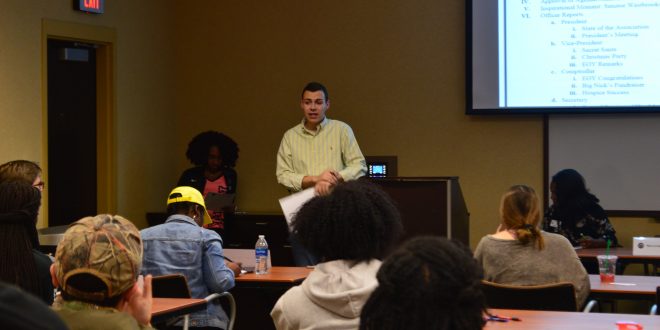 Residents in Georgia Residence Hall receive a solution as SGA passes its first piece of legislation for the fall 2017 semester.

At their final meeting of the semester, SGA made an official resolution to the Director of Housing in regards to unequal access to the sixth floor kitchen and multipurpose room in Georgia Hall. 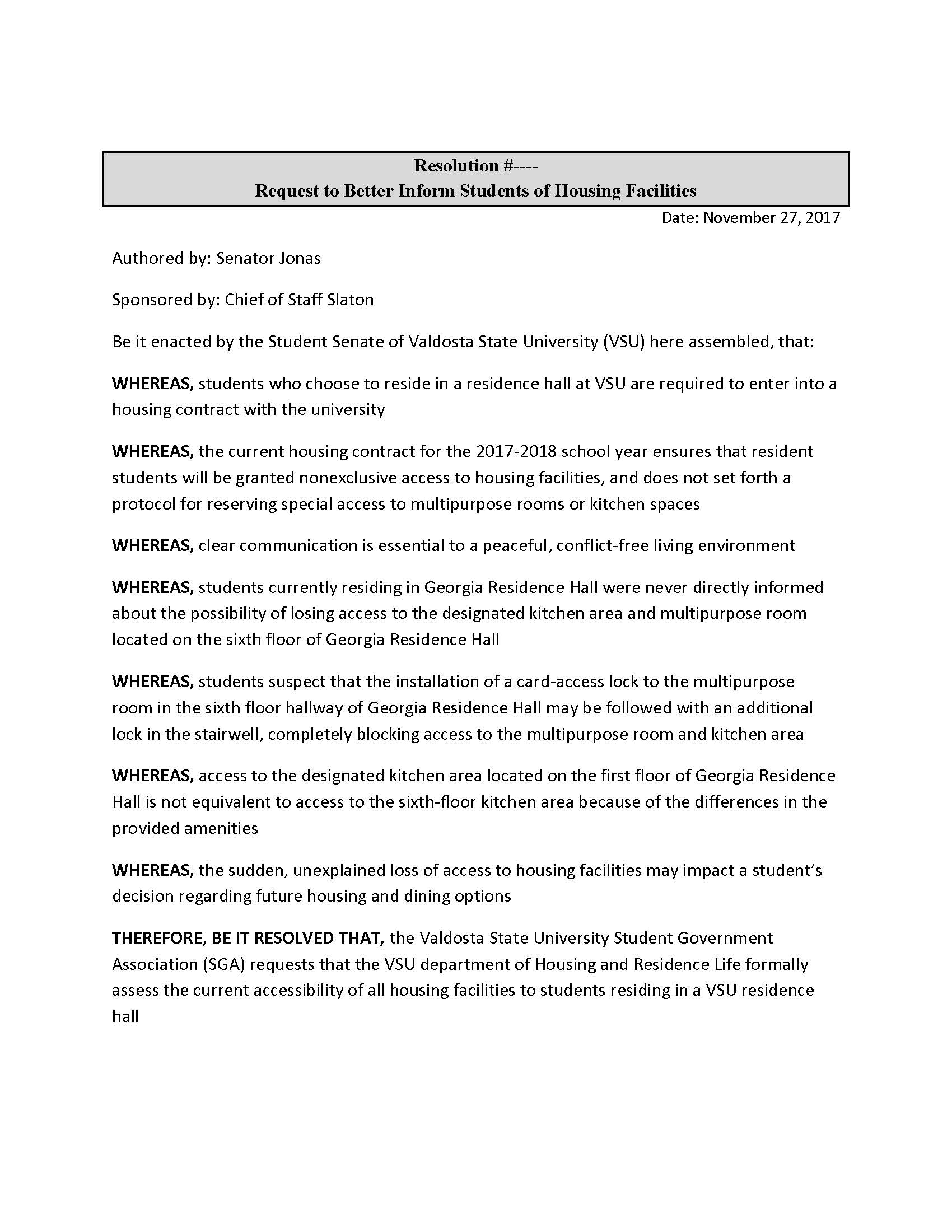 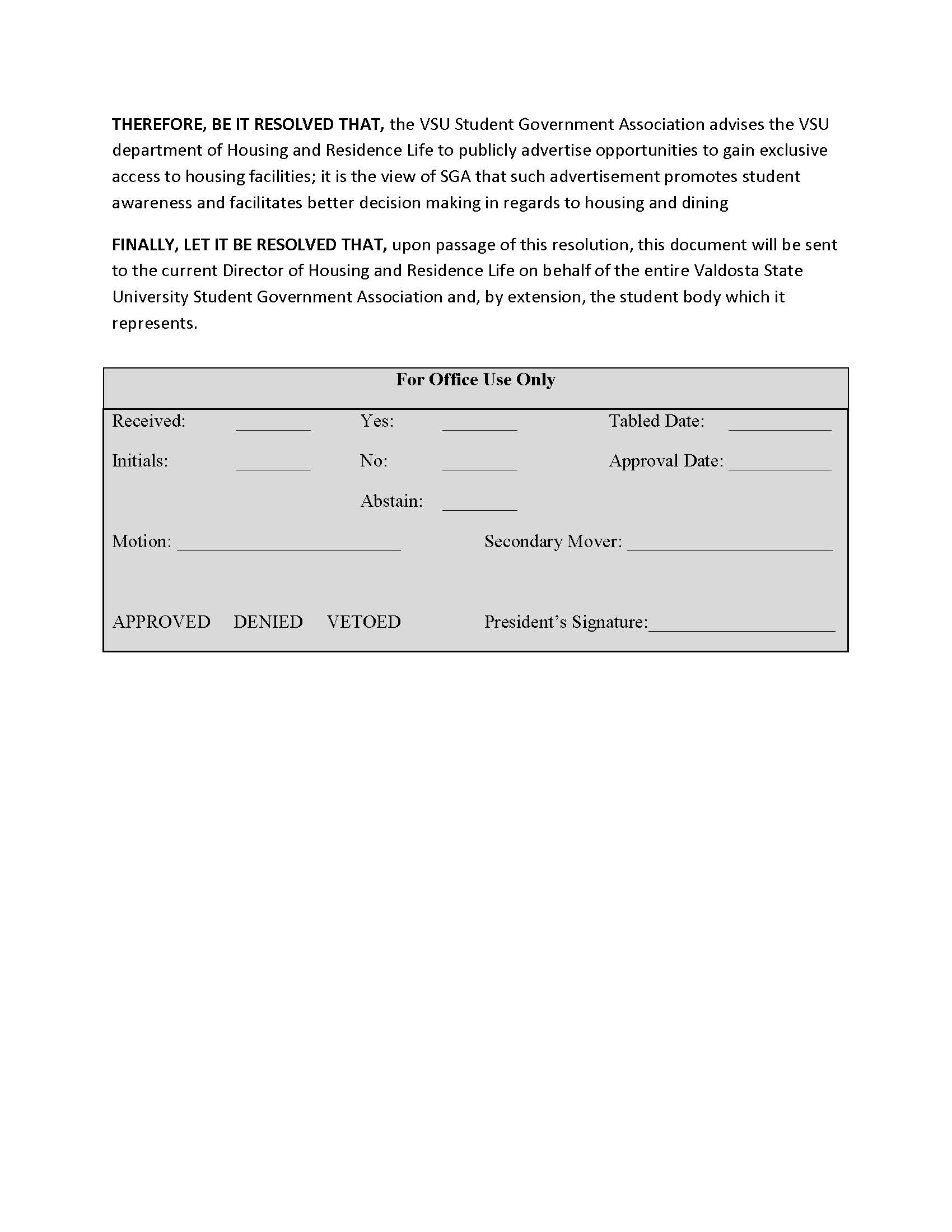 The legislation came about after Senator D’layna Jonas and Chief of Staff Adam Slaton received numerous complaints from students about the sixth floor kitchen and multipurpose room being reserved as a living learning community for Greek Life.

According to Slaton, It was Senator Jonas who really got the ball rolling.

“She went out and she did the ground work and emailed all of the administrators about the issue,” Slaton said

In discovering the issue Jonas reached out to Director of Housing Zduy Chu to search for a solution, yet was met with no response.

“I sent him an email on October 20 and he responded back on October 30 [and] told me he would contact the Greek Life director and get back with me, he did not,” Jonas said.

Finally, Jonas contacted Director of Contracts and Assignments Darli Devane but to no avail.

It was this lapse in communication that drove Jonas to create a resolution.

“I still want to get this resolved because a lot of students are concerned and I don’t want to think SGA is shutting them out,” Jonas said.

Slaton said that SGA is not trying to dismantle the designated learning community in Georgia Hall. He said the purpose of the legislation is to make sure students are able to make informed decisions about living on campus.

“No one is angry that anyone has access to these facilities,” Slaton said. “They just hope in the future to be better informed about those decisions.”

The resolution outlines a possible solution that would ensure every student is informed about decisions regarding housing.

It states that the office of Housing and Residence Life should maintain clear communication with students living on campus by advertising “opportunities to gain exclusive access to housing facilities.”

Although the resolution only acts as a suggestion, Slaton believes it will give SGA the firepower to move toward a solution.

“It’s very important that we got all of SGA behind us,” Slaton said “Being able to say that I have SGA backing me with it is going to make people actually turn their heads.”

In an effort to keep raising awareness about the resolution, SGA will post the resolution on all social media platforms. Jonas said she will try to create a poll to get feedback from Georgia Hall residents.

Comptroller Matthew Rowe reported that SGA has officially given $1,500 to organizations for the fall semester and hopes to give out $15,000 next semester.

Check out the full Housing resolution below.