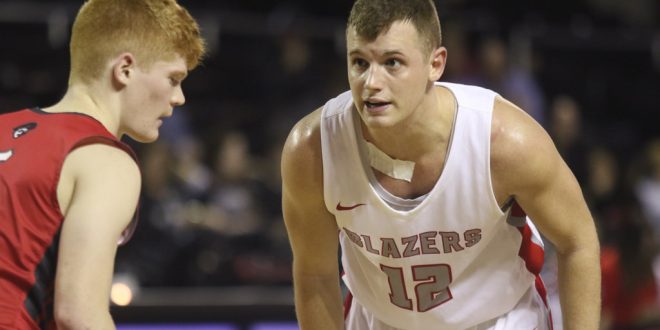 This is the first of two matchups for the Blazers and Wolves this season. The next will be Thursday, Feb. 7 at 7:30 p.m. ET

Beau Justice versus Marquill Smith could be an instant classic.

Justice has continued to build his resume at VSU this season, adding a 47 point game against Tuskegee (school-single game record) and even a game-winner versus West Alabama. The shot went down in school-history.

The reigning-GSC player of the year could be on his way to win the award again. In his way – or at least in his area – could be Smith who has put up even better numbers.

Smith is known for his scoring prowess, yet he could potentially be acknowledged for something much more interesting.

According to the GSC website, the senior guard stands at 6 foot 4 inches tall. He leads all eligible players in rebounding with nearly nine per game.

If he continues to rebound at a high rate, he will become the first player shorter than six foot six inches to lead the GSC in rebounding.

That could be a detriment to Justice’s player of the year hopes.

VSU’s record and winning ways is the only thing that could keep Justice atop the race, especially if numbers don’t take a dive. Justice is also top-10 in assists with four per game.

With the Wolves running majority of their offense through Smith, the Blazers point of emphasis should be to keep him from getting easy looks and off the boards.

His athleticism and IQ has allowed him to be in the best possible position to get rebounds for the Wolves. With Bryce Smith and Darrell Jones in the paint for the Blazers, Smith could have a bit of problems.

The Blazers edge UWG in defensive rebounding in the GSC (VSU with 25.1 and UWG with 24.4).

Justice performs at best under the bright lights of the Complex, but Smith could steal the show.

Previous What’s next for the Blazers?
Next ‘We suck right now’: Blazers lose in frustration to Wolves