Home / Campus Life / Review: VSU Screening of The Hate U Give 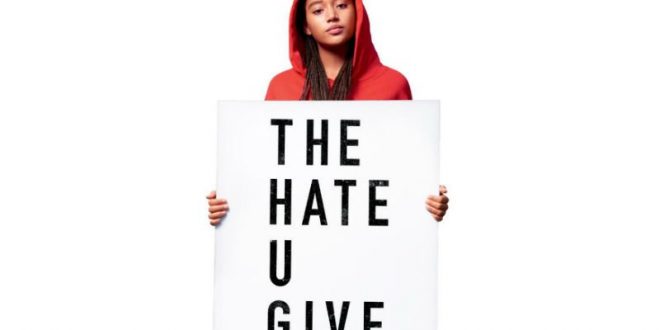 Review: VSU Screening of The Hate U Give

Truth be told, I am not the biggest fan of films that explore social issues. This is because I find many of them to be quite clumsy in the way they portray their messages to the point that their narratives are unrealistic at best and downright implausible at worst.

Especially considering the polarizing climate the country is in right now, it can be disastrous to butcher a narrative that is already marginalized in mainstream media.

However, I am happy to say the film adaptation of Angie Thomas’ The Hate U Give completely averts that, and it is one of the film’s main strengths.

This is best seen through the main character of Starr Carter. Beautifully brought to life by the talented Amandla Stenberg, it felt as though I had broken into the time capsule my 16-year-old self created.

Given how relatable the main character and the themes the movie addressed were, it led to VSU Director of Student Diversity and Inclusion Sandra Y. G. Jones screening it for a movie night on Feb 7.

“The main character, Starr, is so relatable,” Jones said. “Once upon a time, I was in her shoes and many students today are in her shoes with their current circumstances.”

For the first half of the film, Starr is just a teenage girl growing up in a rough area called Garden Heights. From the beginning, it is made abundantly clear that this girl has already faced an uphill battle trying to get through life.

Her father spent the first few years of her life gone because of his criminal activity with a gang. At the age of 10, she loses her best friend to gun violence courtesy of that same gang. Wanting to give their daughter a fighting chance to be successful, they send her to a well-off private school called Williamson Prep instead of the drug-infested pregnancy pen at the local Garden Heights high school.

Of course, the basic premise itself is clearly something many minorities, especially black ones, face. There used to be an entire show dedicated to the comedic elements of this upbringing, ala Everybody Hates Chris.

However, since this is a crime drama, reality ensues. One aspect I do love about this film is its explanation of code-switching, and the symbolism the color palette uses to demonstrate it hits right home.

As Starr mentions in her narration, whenever she’s at home, she uses slang, is more laid back and is a lot more open about her interests because she’s with her own people. They understand her, and she’s knows she won’t get judged by them.

At Williamson Prep, she is a lot more proper, polite and reserved despite her friends openly using slang and acting like she does at home. Her reasoning is simple: because she is black, she will be looked at as “hood” or “uneducated” while her friends will get a free pass for it.

While watching the movie at the screening, I noticed that whenever she was at home in Garden Heights, the background was brighter and had a warmer feel because she’s comfortable. At Williamson Prep, the background is blue and feels harsher and more sterile because she can’t be herself.

Jones said it’s probably the most faithful aspect of the movie.

“I remember being very moved by the experience of one of the female students who spoke her battle with this during our showing of the documentary If These Halls Could Talk, the one about minorities in PWIs’ (predominately white institutions),” Jones said. “She was crying about this because she felt so torn about essentially living a double life. It’s quite disheartening.”

Her acting plays directly into the conflict in the second half. Starr sees her childhood friend Khalil gunned down by police after reconnecting at a party earlier that night. The primary reason she’s torn about testifying to indict the officer that did it is because of the blowback from the gang he was a member of and how she would be treated at school.

What really pushes her into this role as an advocate for injustice and putting her life in harm’s way was the way students of Williamson Prep used Khalil’s death as an excuse to skip an exam and protest. Her disgust with that entire situation is a great jab at social media justice warriors who only jump on issues for clout and personal gain.

“It also is a great scene demonstrating apathy,” Jones said. “Say you’re not an animal lover or not around animals like that. When you constantly hear about animals getting hit or dying, it really doesn’t affect you. Kind of like those kids. They are so removed from issues with racism and police, it’s just another black body to them.”

Overall, I really enjoyed this screening. Starr’s performance and character development was awesome, and I felt director George Tillman Jr. has a better grasp of the material and themes than his previous works like Notorious and Soul Food.

It was not perfect. I felt the ending tied things up too cleanly, there were elements left out from the book I would’ve liked to see, and they butchered the character of Starr’s uncle Carlos. However, it gets the job done. 8/10.