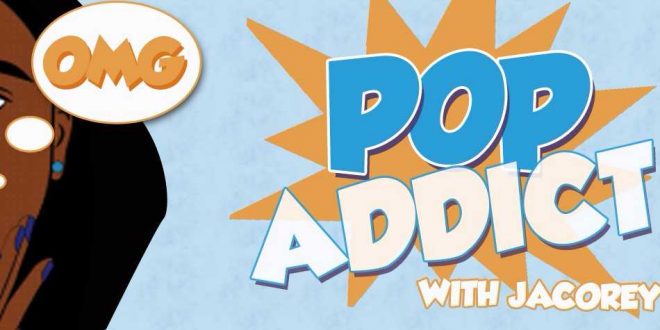 Hey y’all! Long time, no see… or write… speak? Either way, how are y’all? Welcome back, my pop addicts of VSU. I’m serving up a nice cup of chai black tea. So, let’s get into it!

Jussie Smollett. A little while ago, I wrote a pop addict pretty much chastising the Chicago Police Department and the country as a whole, as it relates to hate crimes. Now, throughout the proceedings of this case, the “evidence” was released sporadically, and new updates were released that counteracted what was previously released. Therefore, I just find it funny that everybody can just write-off Jussie as a liar. Even the “brothers” the courts said he got to stage the attack said that they weren’t paid, so what’s the truth? I, me, myself—I won’t say that Jussie is lying and drag him like he properly deserves until there is hard, cold truth. Period. Notice how now there’s not around-the-clock coverage of the incident. Also, he is facing 64 years in jail for the ordeal if it turns out to be true. That’s insane. There are people in the government and multi-million-dollar companies that are laundering money, and when they’re caught, they spend two to five measly years in jail. Get real. Be ready for whatever the judgement is. I’m over it.

Check back for updates.

Lori Loughlin, famously known for playing Aunt Becky on “Full House,” is caught up in a bribery scandal. She’s not the only one, but the only one that I care about for all intents and purposes of this story. She bolstered her two daughters’ chances of getting admitted into the University of Southern California by paying a sum of $500,000 to the school. What makes this story really interesting to me is the fact that one of her daughters—or both to be honest, I don’t care—said on twitter that the best thing about college was the parties. Like, sis didn’t even want to go to school. She’s popular on social media, and honestly, that could’ve been a better venture for her than traditional schooling. But, to my point, there are thousands of high school seniors who apply to USC every year and get turned down, and they are above average, superior even, applicants. Loughlin bribed admissions because her children produced subpar scores and results in every category, therefore making them mediocre. This upsets me. Let your mediocre kids go somewhere that fits their aptitude. As I previously stated, there are kids who bust their butts to get into top schools, and they deserve those spots. Loughlin isn’t the only one that bribes schools and admissions committee, but she’s one that didn’t do it in an underhanded manner. Boohoo, moving on.

Solange released her album “When I Get Home,” and this album feels just like its title: comforting, relaxing and effervescent. The visuals for the album? EXCELLENT. The concept? SUPERB. Solange really gave the folks something that we can use. But I will say that this album isn’t for everyone. If you listened to “A Seat at the Table” and thought that this project was going to sound anything like that, I’m sorry you thought that. None of Solange’s projects have sounded alike in the past, so why expect that? Either way, I enjoyed it. At the table, we stan taste and talent! Be on the lookout for a full album review. SHE DID THAT!

There has been more evidence formed against R. Kelly. We already knew he was nasty, but now there’s proof. And to all the BLACK women that keep bailing him out, why won’t y’all leave him in there? He literally preyed on NOTHING BUT black girls. Y’all need to step in the name of love THAT bad? R. KELLY, JUST GO TO JAIL!

“Leaving Neverland,” the documentary of Michael Jackson and the people he allegedly abused, aired on HBO. I think it’s crazy that it’s airing now that Michael is dead and can’t defend himself. With that being said, as the information is revealed, and if he is guilty, he can get cancelled, too. This is coming from someone who was a super fan since they were 11 years old. Right is right, and fair is fair. I wish that they had people to speak for Michael, who can vouch for his character and likeness through his fundamental years and even his adolescences. That’s why—I, me, myself—I think that the documentary is biased, but that’s a story for another day. Moving on.

Megan Thee Stallion. She’s simply iconic. Get into her. DO your Googles, kids.

Chance The Rapper got married this past week, and the ceremony was beautiful. Congrats, Chance. So happy for y’all!

That’s all the tea that I have for this week. Remember to check back here next week to get your teacup filled with more piping hot tea!

Previous People Poll: Why did you pick your major?
Next Column: Running your business in Georgia

“A guy got me a giant card that was just really heartfelt, and I got ...