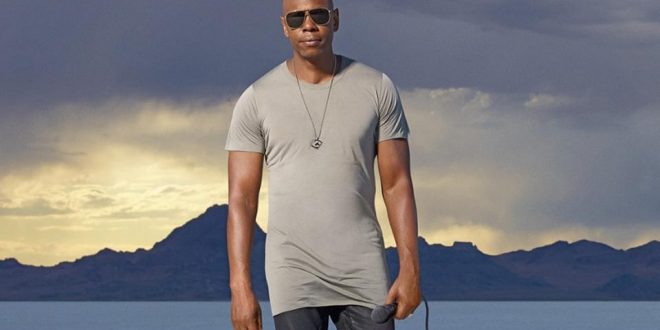 In classic Dave Chappelle fashion, he takes jokes at the expense of many different groups of racial, ethnic, sexual orientation and gender identity. He has made a living (a very successful living mind you) as never holding back at the expense of anyone. Chappelle thrives on controversy, and believes the very fiber of comedy is being able to have no filter, constantly draw new lines in the sand.

The immediate repercussions from the release of Chappelle’s special were immense. The very people he attacked, the cancel culture that pollutes the likes of social media, did not hold back on their displeasure, asking for Netflix to remove the special, and critics on Rotten Tomatoes giving the special a zero percent at its release, essentially making an attempt to blackball the special as it comes out.

One group in particular that took offense to the special was the LGBTQ+ community. Chappelle specifically referred to as the “alphabet people,” and compared them to people on a road trip who didn’t enjoy each other’s company. Many labeled Chappelle as preaching hate speech, and asking for an apology from the comedian.

Other topics he made fun of was that he didn’t believe the victims of the Michael Jackson scandal, the Asian community, school shooting procedures, suicide and also the #MeToo movement.

But Chappelle knew the criticism was coming, and he knew how many people would be after him on the internet.

He openly referred to celebrity culture in 2019 as “celebrity hunting season … This is the worst time to be a celebrity,” Chappelle said. “Everyone is doomed.” This is in the wake of other celebrities such as Kevin Hart and Johnny Depp seeing constant attacks on the internet. In Depp’s position, everyone was wrong, and multiple of his movies were blackballed because of the accusations.

Chappelle’s jokes are offensive, and his goal is to be. Everyone who has asked for the cancellation of Chappelle has continued to miss the point of his entire special to begin with: he just wants you to have a laugh, even at your own expense.

The millennial generation is now the largest demographic, and the students have now spoken out on the freedom of speech. According to a study published by The Washington Post, the first amendment is a controversial point amongst students. Many are upset that the freedom of speech includes hate speech, and any other form of speech that may cause offense to someone else. The numbers from the survey are staggering.

The conclusion can be made: the survey believes that roughly half of the student population is in favor of limiting our rights to freedom of speech.

That is a scary proposition for the United States, if many of our future leaders share this idea that censorship is a socially acceptable behavior, and that it would actually improve learning. To which I disagree.

Limiting our speech limits our power, and limits our knowledge. John Stuart Mill argued that censorship would never allow us to revalidate our truths. Benjamin Franklin once said that no one should censor the publisher, as all opinions may be heard, and the human mind develops from the ability to differentiate the truth from falsehood.

Where will the line be drawn? Who will decide what is hate and what is right? The never ending list of questions is a slippery slope that the limiting of freedom of speech protects the world from corrupting.

So, what’s the solution? Well, sometimes it is important to turn away. We know our truths. Our truths will continue to hold value. If someone says something so wicked, or may offend others, we know it will truly revalidate our truths. That is the power of our first amendment.

Dave Chappelle may cause controversy, but he is nowhere near a bad person. He may make a joke at the expense of school shootings, but he is also the first one in Dayton, Ohio, raising money for the victims of the shootings. The power of the voice is endless, and Chappelle knows that better than anyone.

He wants us to laugh not because it’s funny to hate, but to normalize the conversation. Pushing the limits continues to free our speech, and Chappelle values that more than ever. He’s made a living off of it, and we’ve made a country out of its values.

Chappelle isn’t afraid to use his voice. It’s powerful. Just remember: your voice is powerful too. Don’t give it up.

Previous ‘One Voice, One Message’ draws attention to new polling location
Next Conference slate begins for Blazers Volleyball on Sept. 24