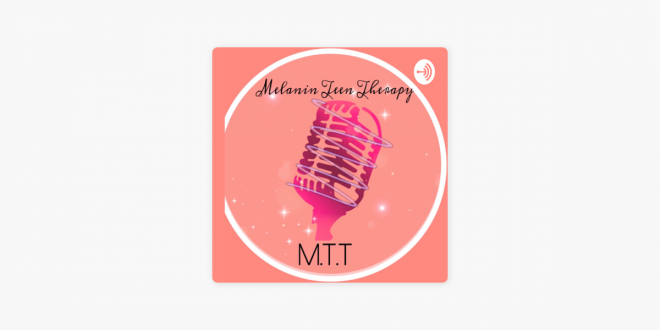 VSU student Taylor Richards, a freshman psychology major, shares words of encouragement through her podcast,“Melanin Teen Therapy,” in order for listeners to have a platform where they can relate to.

“I decided to start a podcast because I knew that there were a lot of women and girls out here around my age that felt like they did not have anyone to relate to, but that is completely wrong,” Richards said.

Cell phone and computer users alike are familiar with podcasts. Like other forms of communication, such as: radio shows and talk show programs, podcasts allow hosts to communicate to their audience a particular topic whether the focus be educational, spiritual or based on current events.

With it being categorized as a society and culture podcast, Richards discusses thoughts on feminism, social justice, relationships, meditation and self-love . She also has an occasional guest to join in on the discussion.

Richards explained how she comes up with topic ideas.

“Sometimes they just pop in my head, and they are personal as well,” Richards said. “When I bring a guest on my episodes, they choose what they would want to talk about.”

In Richards’ first podcast episode, the discussion was based on high school advice, but as she continued, the conversation expanded to other subject matters.

Recently, Richards had her father appear on the first episode of season three which discussed the bonds between fathers and daughters. The episode, titled “Male Ties,” touched on points that included the importance of having a male presence in a child’s life, support systems, the idea of change and goals for the new year.

Running a podcast is not the only job that Richards runs. While also being a college student and a producer of a podcast series, Richard says she has other responsibilities.

“Being a friend, modeling as a side hobby, being a sister, having a job, my depop business, being a student, and a woman in general,” Richards said.

Richards said she hopes to achieve more from her podcast in the future.

“I hope to achieve a broader audience and have my own radio space owned by me,” Richards said. “I would love to have a huge platform where I can bring any and everybody to the scene to just have deep conversations.”

For others who would like to begin their own podcast and be a voice for their peers, Richards says to stay true to yourself.

“My advice is to be yourself, enjoy the vibe, and use the anchor app to get you started,” Richards said.

Previous Tips: How to avoid student burnout this semester
Next People Poll: Who would you like to see in music this year?