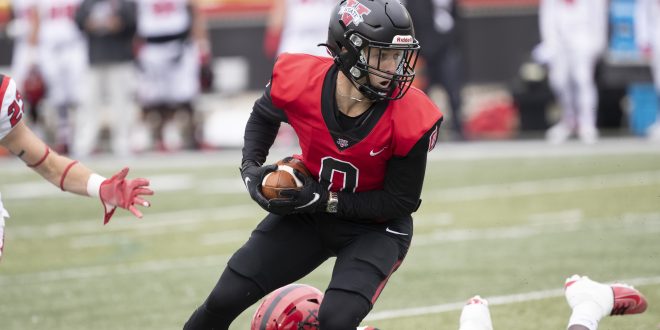 It was the regular season finale for both teams.

VSU was put behind early and often. For the second consecutive week, VSU was shutout 7-0 in the first quarter.

West Florida added a field goal to make it 10-0 before the Blazers finally got going on offense. Junior quarterback Ivory Durham found senior wide receiver Lio’undre Gallimore for a 57-yard touchdown pass to get VSU on the board.

Following that was a series of scores from both teams as the game turned into a shootout. By the time the dust settled at halftime, West Florida held a 24-21 lead.

Goff described the game as a tennis match.

The back-and-forth affair continued into the second half. After West Florida quarterback Austin Reed scored on a 44-yard touchdown run, Durham added a rushing touchdown of his own.

“We did have a critical mistake on special teams that allowed them to gain another score right there without us getting in the endzone,” Goff said. “They took advantage of some critical situations, and we didn’t. They played just about a perfect ball game.”

VSU was unable to recover from the deficit, despite their best efforts. A fourth quarter interception by Durham all but ended any comeback attempt as West Florida leaned on their running game to kill the clock.

Despite having nearly 600 yards of offense, including 419 passing yards, VSU couldn’t overcome a strong rushing performance from West Florida. The Argonauts ran for 347 yards and six touchdowns on 37 attempts.

“We played a lot of man coverage, and they kind of creased us a few times,” Goff said. “Our secondary backers were in coverage with their backs to the quarterback, who got out of the pocket and made some plays with his legs. We weren’t necessarily assignment sound, and that kind of led to them having some big rushes in the game. Going into the game, we thought that they’re going to be throwing the ball quite a bit and be effective at it, which they did. We did not see them running the ball quite as effective as that.”

Despite the loss, the Blazers were still able to clinch the No. 1 seed in the NCAA Division 2 playoffs.

They’ll play the winner between West Georgia and Albany State at home on Nov. 27, both of which the Blazers beat in the regular season.

Goff felt that VSU’s selection as the No. 1 seed was deserved.

“They looked at it and saw that our strength of schedule is one of the strongest in the country,” he said. “We had one more win than some in our conference. I felt like it was deserved, even though we did lose that game against West Florida. That’s hopefully going to pay dividends towards getting healthy, getting some more players back on the field.”

Previous VSU women’s basketball wins two in a row
Next Astroworld: a music festival or fight for survival?