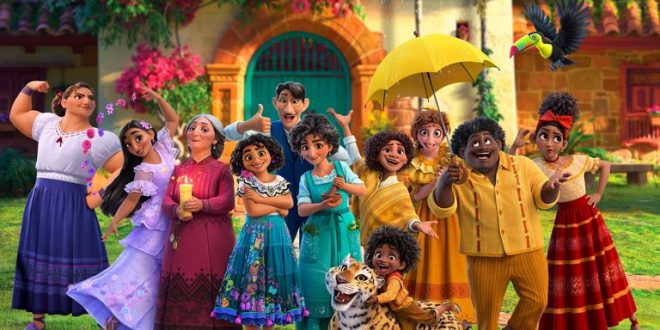 Lin-Manuel Miranda’s “Encanto” song, “We Don’t Talk about Bruno” is number five on the Billboard charts, passing “Let it Go” and is Disney’s first top five song since 1995.

Miranda’s song debuted at number fifty on the Billboard Hot 100 list and has climbed to over 12 million streams. “Let it Go” is still winning in the streaming category with over 800 million streams.

“We Don’t Talk About Bruno” is from Disney’s film “Encanto” about a Colombian family with extraordinary powers and gifts. This film was released in November of 2021.

Miranda is a composer who has rose in fandom for his musicals “Hamilton” and “In the Heights.” He has also written songs for the 2016 Disney movie “Moana.”

“I feel like it’s a song that deserves to be exactly where it’s at and that is on the top of the charts,” Breonna Hunt, junior, said. “The song is appealing to all people, it is a Latin pop song that intertwines English and Spanish language as well as the two cultures different musical aspects.”

The sound file of this song has gone viral on the app Tiktok, which has been used in over 280 thousand videos.

“It’s a catchy song that kids of many ages and adults can both enjoy,” Ayanna Braxton, sophomore, said.

Miranda’s songs will be returning to the screens in 2023 as the composer for Disney’s live action “The Little Mermaid.”

Previous Review: The Weeknd brings back the 80s with ‘Dawn FM’
Next Photos: Start of Spring semester brings new experiences