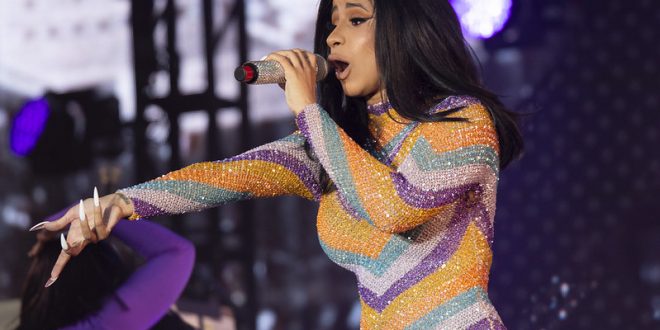 Rappers Cardi B and Megan Thee Stallion preformed their hit song “WAP” at the Grammys. The sexual nature of both the song and the performance caused major backlash from Fox News Tucker Carlson and his guest, Candace Owens.

Owens especially, expressed concern regarding the performance’s potential impact on American cultures and values as well as the damage it could do to children according to Rolling Stone.

“This feels more sinister,” Owens said. “This is starting to me to seem like it’s not even left or right, it’s not a political issue. This seems like an attack on American values, American traditions, and you’re actually actively trying to make children aspire to things that are grotesque.”

Parents across the country expressed backlash on social media regarding the performance and the conversation regarding media censorship began to stir again.

“Stop expecting celebs to raise your kids,” Cardi B stated on Twitter in response to the comments from Fox News as well as other parents on social media.

The main point of many of those upset by the conversation boils down to a concern for children who see the performance and a degrading picture of American values.

While the idea of a single song reflecting the entirety of American values is farfetched, the issue of children seeing the show is even more so. The solution to the latter is simple: don’t let children watch it.

The Grammys are rated PG, meaning “Parental Guidance.” Parents who are uncomfortable with certain content being shown on television should use their own discretion for what they think their children should or should not watch.

Those who are angry at the performance, should ask themselves if they are angry because they are concerned or, are they angry because of the people preforming it. The motive of the anger in this case is crucial.

It seems a little unnecessary to expect that artists focus on entertaining their targeted audience and censor that same art for an audience that was never intended to be exposed to it.

There has been a definite lack in censorship regarding content on the internet, and with new social media apps it has become easier than ever to access things that may or may not be appropriate for certain age groups.

While this is a reasonable cause for concern, the majority of the artists contributing to this controversy have continuously stated their music is not for children, and they cannot be held responsible for what other people’s children access.

“While there should be censorship, it shouldn’t be on the shoulders of corporations,” says Trey Ekker, a junior finance major at VSU said. “It’s the parent’s job to decide what their kid should and should not see, not the worlds.”

Should the media be censored? Possibly. Should parents pass on the responsibility of censorship to the artists themselves? No.

Previous Student raises funds to aid the homeless
Next People Poll: Will you be getting the vaccine?